The leader of a conservative-leaning public policy women’s organization who says she was a victim of physical assault and attempted rape says the sexual assault allegations against Supreme Court nominee Brett Kavanaugh have influenced the way she thinks about the #MeToo movement.

“I think it has been painful. I think it is painful for victims, because we have to sort through our own histories and trauma, and consider our own stories in context of what we’re seeing played upfront,” Penny Young Nance, CEO and president of Concerned Women for America, said in an interview Monday with The Daily Signal. 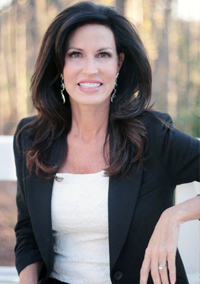 Nance’s remarks came a day after Kellyanne Conway, an adviser to President Donald Trump, acknowledged on CNN that she, too, had been a victim of sexual assault.

“It makes me a little mad, because I believe that what has happened diminishes the #MeToo movement, and anytime you take a serious issue and politicize it, then you have demeaned that issue,” Nance said.

Nance says she knows that, owing to her own experience with physical assault.

“When I was pregnant with my daughter, my first child, I was out for a run. It was pretty early in my pregnancy, and I was assaulted by a man who was a serial predator,” she said. “I wasn’t raped because another woman saw, stopped, and got involved. He attacked me within sight of the road, and a woman saw and stopped her car—a complete stranger with her child in the car, by the way.”

Nance said the man assaulted a woman before her and one after her. She reported it to the police, and while the man was convicted, she said the incident has had a profound affect on her life.

“My friends have been reminding me lately of some of the repercussions,” Nance said. “One of my friends said, ‘Remember, Penny, for a long time, you couldn’t stay by yourself.’”

She said that she supports the #MeToo movement, but cautioned that allegations must be followed up by facts.

“I am a member of the #MeToo movement, and I want justice for women, and whenever a woman comes forward to say something happened, we all have to listen to her, and give her an opportunity to share her story,” she said, adding, “but also believe in the presumption of innocence, and there has to be justice for everyone.”

Kavanaugh has faced an onslaught of sexual assault allegations, starting with that of 51-year-old research psychologist Christine Blasey Ford.

Ford, who lives in Northern California, told The Washington Post in a story published Sept. 16 that Kavanaugh, now 53, held her down, groped her, and tried to remove her clothes in a bedroom during a house party in the early 1980s in Montgomery County, Maryland.

Kavanaugh also faces two other late-breaking allegations of sexual misconduct. He has categorically and unequivocally denied all of them.

Deborah Ramirez, 53, who attended Yale University at the same time as Kavanaugh, accused him of exposing himself to her at a party.

A third woman, Julie Swetnick, who says she is a graduate of Gaithersburg High School in Gaithersburg, Maryland, claims she saw Kavanaugh “drink excessively at many of these parties and engage in abusive and physically aggressive behavior towards girls, including pressing girls against him without their consent, ‘grinding’ against girls, and attempting to remove or shift girls’ clothing to expose private body parts.”

Nance says women must be taken seriously, but adds that allegations are not enough to prove a case.

Meanwhile, in an interview Sunday with Jake Tapper on CNN’s “State of the Union,” Conway said, “I feel very empathetic, frankly, for victims of sexual assault and sexual harassment and rape.” She didn’t elaborate on the circumstances of her own experience.

One thought on “Victim of attempted rape supports Kavanaugh, says allegations must be supported by facts”