Existing DEI groups already provide a track record in Vermont, and the question of what constitutes “action” and “leadership” for the IDEAL program has not been clearly defined — stated goals are lofty, yet short on details. 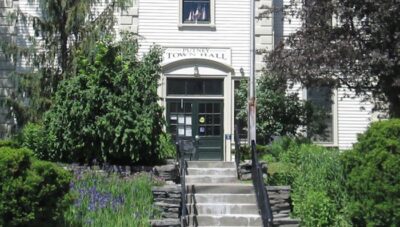 The town of Putney has operated a DEI committee for some time — the Equity and Inclusion Advisory Committee.

The program has been funded with $220,000 in taxpayer dollars, and was touted by Scott as a “moral obligation” that will “build a stronger economy long into the future.” How the money will grow a strong economy is yet unclear, but the program proclaims municipalities “need to prioritize equity and social justice.”

According to Xusana Davis, executive director of Vermont’s Office of Racial Equity, “there is a lot of necessary action that uniquely sits with municipalities,” and “IDEAL Vermont is designed to bridge State and local efforts for transformative, structured, and non-performative progress.”

What this program actually does was not addressed. The IDEAL website does not state concrete goals, but instead asks municipality representatives to answer a series of ideological questions. The first three of eight total questions inquire whether the community’s rule-making body, executive committee or community members are “interested/willing to take an active role in advancing social equity?” Applicants also are asked if “the community [is] willing to remain firm in the face of criticism or fear of change.” What changes might be expected, or why the municipal leaders will face criticism, is not explained.

Yet critics of equity committees say they exist to arbitrarily compel changes in ratios of white and black leadership, with an eye on obtaining political power.

Monica Osborne, editor at large at The Jewish Journal, expressed concern in a column last year that DEI committees focus too much on power and vilify “whiteness”:

While a committee devoted to diversity sounds promising and can certainly work toward leveling the playing field, the result can be catastrophic if it is awarded unchecked power. … Sadly, across the board, these committees have been awarded such power. … All too often, institutions are concerned only with the ratio of Black individuals to “white” individuals, or with vilifying whiteness altogether.

The purpose of the Equity and Inclusion Advisory Committee (EIAC) is to identify and advise the Selectboard about inequities, and to encourage inclusive practices in Town services, programs, human resource practices, and decision-making processes. The goal is to ensure that all residents and Town employees receive equal treatment and opportunity regardless of, but not limited to, race, color, religion, ancestry, national origin, veteran status, sexual orientation, age, marital status, familial status, disability, gender identity, and gender expression.

It’s unclear whether encouraging inclusive practices means recruiting and hiring based on skin color, national origin, or gender identity and expression. Putney’s resolution also claims “the EIAC is to provide resources and allyship for confronting bias motivated incidents, and to continue to research entities and individuals that can help to address bias-motivated incidents.”

Putney’s leaders will need to define what constitutes “bias-motivated incidents,” as local residents have free speech rights under the U.S. Constitution. Investigating these bias incidents would appear to require the policing of Vermonters for speech.

In St Albans, criticisms of the ideological impetus for that city’s Belonging Equity and Inclusion (BEI) committee were voiced by BIPOC member Keith Longmore, who was removed from the committee in part for wearing a “1776 Forever Free” T-shirt.

One committee member declared, “You wearing that shirt denotes a complete lack of respect for the work we’re doing here.” Longmore reportedly called the committee a fraud and was told, “You can stop, and you can shut your mouth.” A majority of members on the St Albans BEI committee voted in June to remove Longmore from the committee for alleged “obstruction.”

“There’s a difference between having a different opinion, which I think is very good. It brings about better change, better policy. That’s different than just being an obstructionist,” Council President Chad Spooner said.

In a recent interview with True North, Longmore blasted the work of such committees.

“Vermonters have been scammed into believing the grotesque lie that [Vermont] is a racist state rife with implicit bias and overrun with institutional racism,” he said. “This state should be ashamed of itself for cowering before these people who know nothing about Vermont’s centuries-old legacy of justice, fairness and inclusivity.”

The St. Albans resident added that Vermonters acted justly “during the Civil War and in 1777, [in] its banning of slavery and extending the right to vote to African American males.”

Longmore also suggested the committees could eventually be used for agendas like reparations and land use.

“As an African American who was appointed and then removed from a DEI committee for defending my white neighbors in Franklin County against their false claims, I caution the State to tread carefully. The next thing you know, Vermonters will be paying reparations and reapportioning land,” he said.

Since Longmore’s removal, the St Albans BEI has mostly drafted resolutions and designed banners. One task involved “writing a statement recognizing the importance of a woman of color running in the election.” The committee’s minutes reflect essentially the same recurring agenda month after month after month:

At its Sept. 13, 2022, meeting, one future-looking agenda item is listed as “Goal-setting, benchmarks & measurements of success” — an exercise that could clarify what municipal DEI committees actually do.

Burlington’s Racial Equity, Inclusion and Belonging Subcommittee was the source of a resolution  to support the global boycott, divestment and sanctions movement, known as “BDS,” which its sponsor later acknowledged was “was one-sided and vilified Israel without recognizing the persecution of Jews.”

While IDEAL Vermont is new, Vermont residents in cities and towns will be looking for more details on what the programs will mean for them, for hiring practices, and for constitutional rights such as freedom of speech.