A new program designed to advance equity and social justice in Vermont is getting off the ground.

Ideal Vermont, Gov. Phil Scott said, will work to advance those metrics at the city and municipality level in the state in an effort to remove structural barriers and increase meaningful inclusion and representation. The program was funded by the state with an appropriation of $220,000. 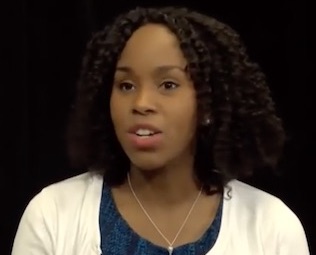 Xusana Davis, who serves as the executive director of the office, said the program has 14 members from 83 invitations sent out to cities and municipalities in the state, who will all receive training and other resources. Davis previously served as director of Health & Housing Strategic Initiatives at the New York City Department of Health and Mental Hygiene.

“We want to see more towns join,” Scott said. “This is a great start with eight counties joining across the state.”

The local perspective and collaboration of towns and municipalities working with state agencies, Scott said, will help pull everyone in the same director for making Vermont’s economy stronger.

“This initiative is not another exercise in more and more trainings,” Davis said. “Recognizing the importance of education and training, broadly, we also know that equity work doesn’t get solved just through equity and inclusion trainings. It’s an important component, absolutely, and yet after the listening and the learning have to come leading right. We have to do after we’ve listened and learned.”

Davis said the initiative will feature several main components, which will include workshops and technical assistance. There will also be coaching involved. Plus, the group, using data, will be able to have access to grant funding, along with access to thought leaders, a resource library, and an online platform.

Scott said Davis and her team “have been essential” to efforts for reducing barriers and developing new policies that will be used to address inequality in the state.

“Vermont must be more welcoming to families from all walks of life, which means we need to respect and celebrate our differences this is critical to making sure we have the safe healthy and bright future we want for all of Vermont,” Scott said. “I think ideally we can help.”