Vermont’s hourly minimum wage rate increased again in 2023, following a trend that has been taking place within the state in recent years from legislation. 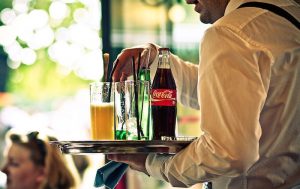 “The minimum wage and tipped minimum wage are adjusted annually in accordance with Vermont law and take effect at the start of the new year,” a statement from the Department of Labor reads.

“The minimum wage and tipped minimum wage are adjusted annually in accordance with Vermont law and take effect at the start of the new year,” a statement from Department of Labor reads.

Vermont’s annual minimum wage increases are the outgrowth of Act 86, or Senate Bill 23, which the General Assembly adopted in 2020.

Provisions within the bill state the minimum wage rate at the beginning of each year “shall be increased by 5% of the percentage increase of the consumer price index,” as defined by the U.S. Department of Labor.

Another passage within the bill stipulates “in no event shall the minimum wage rate be decreased.”

During the General Assembly’s 2020 legislation session, the Democrat-majority House and Senate managed to override Republican Gov. Phil Scott’s veto of SB 23 by a two-thirds super majority, paving the way for the tiered annual increases.

Proponents of Vermont’s annual minimum wage increases have cited competition with surrounding states, as well as the general cost of living, as reasons for the measure.

But there have been opponents across multiple political parties of tying Vermont businesses to the annual minimum wage hikes. The impact on Vermont’s voluminous small business community, as well as the rural economy, is among the reasons.

Some of Vermont’s neighboring states are also implementing minimum wage increases in 2023.

Massachusetts, which is in the final stretch of a 5-year period of incremental increases, will have a minimum wage rate of $15 per hour in 2023. Connecticut will have the same figure in place in the upcoming year, though its increase begins June 1.

New Hampshire’s minimum wage rate remains on par with the federal minimum of $7.25 per hour — a figure that has remained in place for more than a decade.