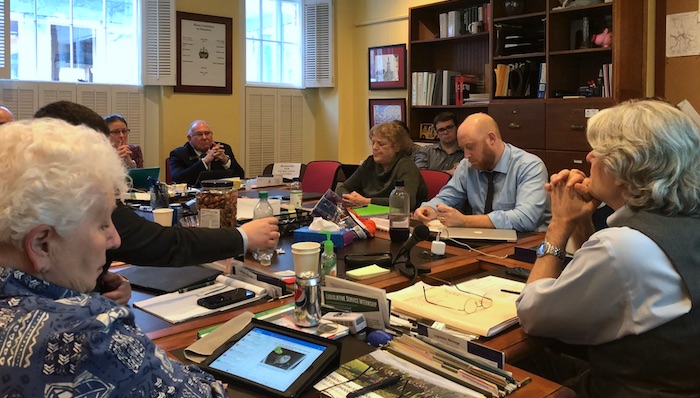 The House Education Committee is busy formulating the next steps in what is and has been a long-term, hostile takeover of a cottage child care industry by a state-sanctioned, taxpayer-funded monopoly.

The ultimate goal of the state child care and early education policy is the full absorption of 0-5-year-olds into the public school system. This is why the committee now describes as the “backbone” of its current pre-kindergarten bill the requirement that in the near future, all early education providers must be licensed teachers.

However, the entire premise of this concept is flawed, is indeed counter-productive to the public interest, and is being forced by the committee’s leadership for the sole purpose of benefiting the Vermont-NEA, the teachers union.

The argument put forth by committee chair Kate Webb, D-Shelburne, is that the presence of licensed teachers results in better student outcomes. She and Vice Chair Rep. Peter Conlon, D-Cornwall, repeat this talking point early and often. But, it’s not true. The Vermont Agency of Education’s own pre-K  study reached the following conclusion:

This body of research does not offer a consistent pattern of findings that would lend strong support to the assertion of a positive association between teacher qualifications and outcomes for PreK children … [and] the research has not documented a reliable association between teachers’ attainment of a bachelor’s degree and gains for children enrolled in such classrooms. (Page 52)

To repeat: Neither requiring a teacher’s license nor a bachelor’s degree for early ed providers shows any detectible impact on child outcomes. Yet, forcing this policy on providers would both increase the cost of child are and decrease accessibility — the very problems the system needs fixed.

The higher cost necessary to train licensed teachers would be reflected in the cost of child care services, and since not all current providers would take the time and expense to get that license, there would be fewer qualified providers (which would again lead to even higher costs as decrease in supply increases scarcity, which increases cost). All this — and this is the critical point — for no reason. There is no benefit to the child, just the union.

If the House Education Committee was working on behalf of kids, parents and their communities, their efforts would be aimed at removing barriers of entry into the marketplace for would-be child care providers in order to increase accessibility, and removing unnecessary requirements and regulations that drive up costs. They are not doing this. They are, in fact, doing the opposite.

As the last major legislation spearheaded by the House Education Committee, the 2015 school consolidation law, Act 46, proves over time to be an unmitigated disaster. The former House Education Committee Chair, Dave Sharpe, D-Bristol, admitted in a recent op-ed that he and his fellow legislators were “hoodwinked” by false promises and premises presented by the public education lobby. His successor has not learned that lesson, and she and her committee are being hoodwinked yet again. And, again, Vermonters will pay a steep price for their incompetence.

7 thoughts on “Roper: Vermont’s child care policy is to make it more expensive and less accessible”