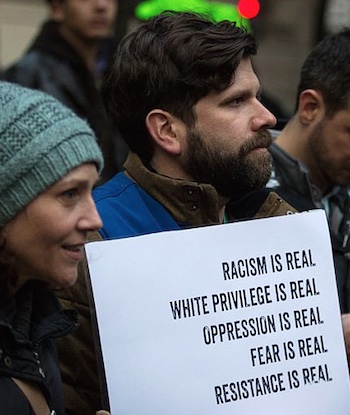 This sign at a recent protest says “racism is real,” but how pervasive racism is in the Green Mountain State depends on whom you ask.

The Top Tens website has ranked Vermont as a racist state in the United States. One anonymous comment posted on the site claims “Vermont is not ready … not willing for diversity; it appears to be a threat to the backwoods tradition. I have lived in Vermont for 50 years I am still on survival mode. If you are a person of color, Vermont is not a vacation place for you or your family. It appears that they are still 40 years behind.”

Another anonymous commenter added, “Vermont’s cheddar cheese even has to be white.” Other comments posted on the website by anonymous individuals paint Vermont as a backwards, racist place to live.

In recent weeks, officials of both the University of Vermont and St. Michael’s College began investigations of alleged white supremacist signs and stickers on the respective campuses.

While a cluster of news reports about scattered examples of racism in Vermont has occurred since last year, does it represent sweeping claims about most Vermonters being racists? Last month, columnist Don Keelan argued that claims of widespread racism in the state are unfounded.

True North asked 10 white Vermont residents about recent claims of racism in the news and if they consider themselves, or the Green Mountain State, to be racist. Here are their names and their thoughts about racist attitudes in the state.

“I think it’s sad that people would even need to ask the question (about being a racist),” said Valerie Mullin, of Monkton. Mullin, a former candidate for the state House from Addison-4, told TNR that Vermonters she knows aren’t racists.

“I think most of us who are Vermonters, and even from our whole nation, are very giving, kind and wonderful people. So, no, I am not a racist and have no patience for anyone who is,” she said. 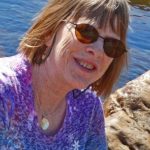 According to Nancy Boldt, of Essex Junction, a former director of Champlain College’s Single Parent Program, “These times are tumultuous, with fear and misinformation running rampant. Things get misinterpreted and people feel the need or the right to try and ensure that you agree with their reality. Somehow it’s now the norm for some to say anything they want without concern about the harm it might cause others.”

Boldt told TNR, “I have never thought I’d live in an era where kindness and honesty are (now) old-fashioned values. But here we are. I’d rather not get involved in this conversation. I think there are better ways to use my time. Actions do speak louder than words (on race relations).”

“I don’t think of myself as a racist,” said Jon Christiano, of Middlebury, the chair of the Addison County Republican Party. “I like to think of myself giving everyone respect and opportunity. I think that the majority of Vermonters that I interact with do likewise. And I would think that the recent news reports about the Vermont Psychiatric Hospital would be one of the last places to foster such an environment.” 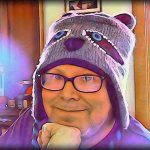 Local radio and community television personality Jerry Germain, of Middlebury, told TNR that there’s room for improvement when it comes to race relations in Vermont.

“I would like to think I am not racist, but I think we all have said and done things that have offended others in some way, whether it was intentional or not,” he said. “I believe in this day and age, T.V., radio, newspapers, movies and social media have inundated us with ideas and ways of treating others that aren’t always decent and good. I would like to think most Vermonters are not racists at heart, but I believe many come up short in their actions, again, whether intentional or not.”

Marianna Gamache, of Swanton, a self-identified engaged voter and avid online news consumer, told TNR that she’s not a racist. “No, I am not a racist,” she said, “and I don’t believe most Vermonters are racists either.” 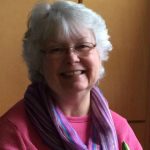 Librarian Judith M. Holler, of Middlebury, doesn’t see racism in her interactions with the public at the town’s Ilsley Public Library.

“I am definitely not a racist,” she told TNR. “I was brought up in a very diverse neighborhood in Queens in New York City. I’ve had numerous international guests over the years. As far as Vermonters go, in general, I don’t see much evidence of racism.” 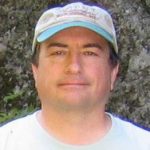 According to author Steve Zeoli, a Hubbardton resident and a member of the board of directors of the Mount Independence Coalition based at the Mount Independence State Historic Site in Orwell, “I don’t believe I am a racist because I don’t believe any ethnicity is superior to another. We’ve all evolved from the same genetic background. I believe most Vermonters feel the same way.” 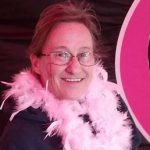 Breast cancer survivor, and annual Vermont Shoot-to-Kill Cancer archery fundraising event founder, Julie Barbour, of Ferrisburgh, doesn’t see herself as a racist. She’s also unwilling to speak about others in her community. “I am not a racist and I can’t answer for most Vermonters,” she told TNR. 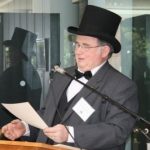 An active member of the Friends of the Vermont State House preservation group and a former Democratic candidate for governor, attorney general and the U.S. Senate in Vermont, H. Brooke Paige, of Washington, told TNR that he’s taking the talk about widespread Vermont racism with a large grain of salt.

“As a society, we seem to have become far too sensitive to the expressions of others, especially strangers,” Paige said. “If someone insults you, move on instead of dwelling on the exchange and just avoid the individual if you happen upon them again. There are too many good folks out there to worry about a handful of reprobates. I think that so much of this politically correct nonsense is dreamed up merely to create victims for the latest cause du jour.”

But when it comes to prejudice and hate speech, Rutland Town resident Don Chioffi, a founder of Rutland First and the recipient of the 2017 ACT! for America Citizen Activist of the Year Award, told TNR there may be “reverse racism” in Vermont.

“Am I racist? Short answer: no,” Chioffi said. “More expansive, as a conservative, white, gun-toting Vermonter, I find myself more and more lately the butt of very offensive, demeaning and insulting remarks that are creating, for me, a hostile everyday climate of ‘enslavement’ to a class of anti-constitutionalists, anti-American, anti-free speech zealots. I wonder if this is actionable in our courts?”

10 thoughts on “Are you a racist? Is Vermont racist? 10 Vermonters address claims of racism in the Green Mountain State”