Vermont allows hydroxychloroquine to be used to for coronavirus patients, but the state’s health commissioner does not currently endorse the antimalarial drug for the fight against COVID-19.

Less than two weeks ago, a top Yale health professor of epidemiology, Harvey Risch, wrote in Newsweek that doctors should use hydroxychloroquine for treating COVID-19. In his op-ed, he cited seven studies demonstrating its efficacy.

Another medical expert, Dr. Stephen Smith, a board certified infectious disease specialist and founder of the Smith Center for Infectious Diseases in New Jersey, has repeatedly claimed he has cured hundreds of coronavirus patients using the drug. 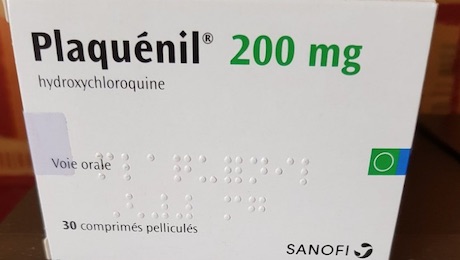 Hydroxychloroquine, sold under the brand name Plaquenil, among others, may be effective in the fight against COVID-19, according to some recent studies.

U.S. Rep. Louie Gohmert, R-Texas, who contracted the virus last week, said his doctor is treating him with hydroxychloroquine.

At a press conference Friday, Vermont Health Commissioner Mark Levine said the drug is an allowable treatment in the Green Mountain State, though it is not promoted as such.

“Any doctor has the right to access this drug if they wanted to order it,” he said. “So they could presumably prescribe it to a patient.”

He added that recent studies have come out that argue both for and against administering the drug for COVID patients.

“Like most things, there’s controversy, and the field is changing rapidly and the science is evolving rapidly,” Levine said. “If one looks at the science in the published studies, you can pick things out that will be on either side of the fence with hydroxychloroquine. However, most authorities are coming down that the weight of evidence has not yet shown it to be an effective treatment that is as safe as perhaps other treatments, especially in light of its cardiac effects.”

Levine said the state is making the experimental antiviral drug Remdesivir available instead.

In April, Biospace.com noted that Remdesivir showed promise for COVID patients, but had serious side effects during clinical trials.

“About 25 percent of patients receiving it have severe side effects, including multiple-organ dysfunction syndrome, septic shock, acute kidney injury and low blood pressure. Another 23 percent demonstrated evidence of liver damage on lab tests,” their report states.

Gov. Phil Scott, who also addressed coronavirus issues at the press conference, reiterated that Vermont temporarily has the virus under control.

“We’ve had a fairly low prevalence of late of having to treat many COVID patients,” he said. “We’ve only had this week maybe two or three. … We have two in our hospitals right now being treated for COVID, one in ICU. So we don’t have a high prevalence at this point in time.”

“We work regularly with the scientific community within the state, people who prescribe these drugs all the time, and many who are involved in research engagements that are testing these drugs for other diseases,” he said. “So clearly, we wouldn’t put our head in the sand.”

FOX5 New York reported last month that a study of 2,541 hospitalized COVID patients, conducted by the Henry Ford Health System and published in the International Journal of Infectious Diseases, found that hydroxychloroquine led to a higher survival rate.

An update on use of masks in Vermont

Scott was asked by reporters if private businesses have the right to set their own mask policies. The Republican governor said it’s up to each business to decide.

“That’s their prerogative — we want to leave it up to the businesses, certainly. But again, guidance and education is our first preference. We are not enforcing this at this point in time,” Scott said. “But again, we will continue to watch and make sure we are doing everything we can to provide for the needs of Vermonters.”

Over the weekend, Holland’s top scientists said no clear evidence exists to compel the public to wear masks. They added that mask mandates could even impede the effort to stop COVID-19.