Earlier this week, Winters confirmed that Vermont uses Dominion voting machines, “a much older model than those being called into question by the conspiracy theorists.” Yesterday Vermont Daily posed a follow-up question: “What software is used to tabulate the votes? Is it Smartmatic?” Winters’ response is printed verbatim below.

“Our tabulators do not use Smartmatic software. 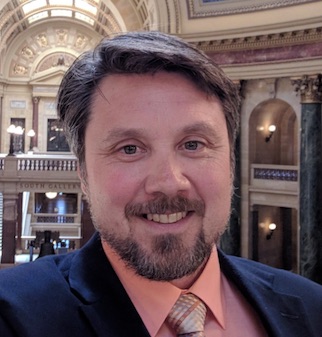 “It may also be of interest to you and your readers to know a bit more about the process we use to ensure votes are counted accurately and securely:

“Approximately 155 towns use tabulators. The rest are hand count towns. All towns in Vermont use Accuvote Optical Scanner vote tabulators. This is an older model that has not been newly manufactured for many years. We are still using them because they have been well-maintained and do not see a large volume of ballots like in other states (low mileage). These employ basic optical scanning technology that reads the ovals marked on paper ballot by the voter. They do not create an image of the ballot like many newer models. There is no weighted or fractional voting option on these machines.

“In the 48 hours after the election, the clerks do a very careful matching of the voter entry checklist and the number of votes counted to ensure they match and confirm their results.

“After the election, the Secretary of State’s Office conducts a random audit of at least six towns where we pull all of their paper ballots and rerun them through different machine provided by a separate, independent auditing company. We have been doing this for many years and have found that the tabulators we use are more accurate than hand counting. In those audits, we have never found more than a few vote difference, often caused by the human transcribing of the results and not the machine itself. These machines are highly accurate and trustworthy based on that experience and if you ask a town clerk, they will tell you the same.

“The other states being called into question in the presidential election also have paper ballot backups and do similar post-election audits.

“People are right to ask questions. However, wild accusations without at least some evidence to back it up simply undermines faith in our elections and has in fact resulted in death threats to good, hard-working election officials of both parties. Press conferences, online videos and tweets are not evidence. Looking to the court cases, we have yet to see these same allegations of widespread fraud presented under oath and with admissible evidence.”

27 thoughts on “Vermont voting machines do not use Smartmatic software, Winters says”