Vermont, fresh off the news that the state’s idea of fixing its legacy of opposition to business and economic growth is to pay people to stay there, now has at its disposal other states’ models for economic growth that actually seem to work. 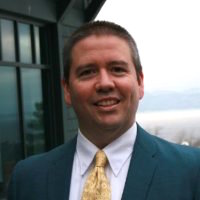 And maybe those models correlate to the political leanings of the individual states.  In a recent CNBC article, they built a chart that shows one-year change in employment (in aggregate and by industry), and the Trump vote margin.  In what can only be a surprise to Vermont’s political leadership, states with low or negative Trump margins (meaning they didn’t vote for Trump) tend to show weaker job growth compared to the states that voted for Trump.

Now a host of reasons exist for why and how jobs get created, and correlation does not equal causation, but when you see some consistent patterns, it just might be an indication that something is consistently wrong with the direction Vermont’s been going in, for decades, in terms of its economy.

Overall, Vermont is at the worst part of the 4 quadrants. The voting results are obvious, but the economic gains in total job growth are almost the worst in the country.  Only one or two states have worse economic results, but Vermont is in there, vying for the lead in the worst of the worst.

Vermont leads the way! To an economic backwater.

But if you look at specific industries, Vermont does manage to become the leader.  The last place leader, mind you, but the leader.  To wit:  Manufacturing – Vermont, in dead last.

Best of the worst!

Construction: Nearly the worst.  But don’t worry, Vermont is striving to lead the way in negative job growth in this category!

We’re constructing the worst economy in the country. In that, we’re #1!

But take heart, taxpayers. There’s some good news for Vermonters amidst all the bad.  Government jobs are increasing!

Nowhere to go but up for taxpayer-supported jobs!

And if you’re interested in a high-paying, lucrative career waiting tables or manning chair lifts at the ski resorts, the sky’s the limit!

This is the type of data that Vermont’s Department of Labor carries, but doesn’t publicize much, other than the unemployment number as a stand-alone. Why?  Because Vermont’s unemployment rate is low, primarily due to Vermont’s decreasing labor participation rate, a rate that’s ticked up a bit in the last year or two. But it went on a steep dive from 2009-2016, which seems to inexplicably coincide with a prior administration’s term.  It’s almost as if incentives were put in place for a specific number of years that encouraged people to drop out of the labor force, and now those incentives are gone.

It may be that the state doesn’t need to pay people to participate in Vermont’s economy.  It could be that, absent the 8-year overhang of higher taxes, a higher regulatory burden, and a demonization of the profit motive, Vermont’s animal spirits rise again.

Now if Vermonters could only keep the politicians from trying to help them, maybe there is a path forward, out of the economic quagmire.