Editor’s note: This commentary is by Steve May, a 2020 Democratic candidate for state Senate in Chittenden County. May is a former member of the Vermont AFL-CIO executive board and former vice president of Champlain Valley Central Labor Council. He is a clinical social worker from Richmond, where he also served on the Selectboard.

Politics has always been personal here in Vermont and democracy is not a spectator sport. Town meeting is integral to who we are as Vermonters. Neighbors have petitioned their local, state and federal lawmakers to act in a variety of ways over the years, and when many towns have acted at their town meetings, they have sent a message heard well beyond the boundaries of our state. This is every bit as much a part of Town Meeting Day as hashing out the details of the library or public works budget.

It’s never been easier to be more cynical about politics and public life. That’s why we as a society need to support increased public engagement. Nowhere is this better done that through ballot initiative. The Vermont Constitution forbids the kind of referendum system that California has, with direct questions placed on the ballot and enacted through a public vote; however, we are allowed to enact a system similar to Massachusetts with indirect initiative. Or rather, initiative to the Legislature. 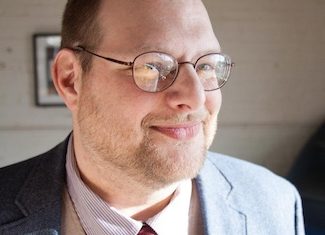 Steve May: “[If elected], it is my intention to introduce legislation that would create an indirect initiative process for Vermont.”

It is my intention to introduce legislation that would create an indirect initiative process for Vermont. Good government groups repeatedly note that places where an initiative process exists, higher levels of of voter engagement have been demonstrated over time. Moreover, initiative and referendum campaigns align with those driven by issue advocacy over candidate elections and support a deeper level of community engagement.

Vermont has always been a beacon when it comes to citizenship, leadership and participatory democracy. Vermont has never shrieked in the face of crisis and it must not now. Our actions have never been more critically needed than they are right now. Vermonters are capable of creating a robust system that puts more participation into the process. The participation which Vermont would want to exercise to permit Vermonters the opportunity to be heard can be successfully policed, because we have institutions that work and the knowledge, people and institutions necessary to provide the appropriate oversight.

In an age where democracy itself appears to be under threat, we as citizens cannot afford to retreat. The answer at this moment in time cannot be that voting is something so precious that it needs to be treated like a Faberge egg — admired from a distance and never touched by human hands. We need to showcase a version of democracy that is muscular and robust enough to stand up to this moment in time. Anything less would be a grave threat to our freedom and our liberty.

It is clear that there are those in our world who wish to place their thumbs on the scale when it comes to voting and democracy. Their intention is clear — they wish to impose their view and blot out ours. Subverting democracy is a threat to the rule of law, period, no matter who it advances or disadvantages. Those who do so act to undermine our belief in elections as an expression of free will. This is intolerable and must not be permitted to stand under any circumstances. Elections are integral to expressing the will of free people everywhere. When words like freedom, democracy and elections become quaint notions as opposed to our God-given right enshrined in the founding documents of this Republic, we as a society lose.

Deeper engagement in our electoral process and the public square has never been more necessary. We must not stand pat in the face of this gathering threat to our freedoms. Our activity and common commitment to one another and is a call to action. More public engagement and involvement is the anecdote to those who wish to thwart our democracy.

Deepening our commitment to extend voting rights to all Vermonters through ballot initiative is an urgent, thoughtful and necessary response in the face of the events of our time.

Images courtesy of Public domain and Steve May

8 thoughts on “Steve May: Vermont should adopt a citizen initiative process”