If you’re considering starting a business in Vermont, you may want to rethink your plans.

Earlier this month, the personal-financial website WalletHub released a new report titled “2019’s Best and Worst States to Start a Business.” According to the online report, Vermont is failing to measure up on several economic fronts, even with a booming Trump-era economy and stock market. 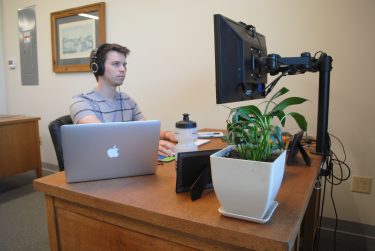 While Vermont performs poorly in most business rankings, it showed up well in “office space affordability” in a new WalletHub economic report. Pictured: Jeremy Lang, a web developer from Cleveland, Ohio, has rented a high-tech co-working space in Vergennes.

In the study, Vermont was ranked 49th among the 50 states when it comes to starting a business. The state’s performance should be embarrassing to state legislators and voters, although other New England states didn’t do much better.

Maine, overall, was the best place to start a business in New England, coming in at 23rd. Rhode island was dead last, right after Vermont, in overall “worst state” rankings.

WalletHub found Vermont’s cost of living to be high (41st), and dead last (50th) in the “access to resources” ranking. This critical ranking includes access to business financing, access to higher-education assets, access to a college-educated population, access to “human-capital,” and being in a state with growth of working-age folks.

The only bright spots for Vermont is its positive “office-space affordability” ranking (16th) and “business costs” ranking (23rd).

The report’s findings for Vermont — with 1 being “best” and 25 being “average” — are as follows:

Brandon Scott Cohen, of the University of Akron’s College of Business and Innovation, was one of WalletHub’s experts behind the report.

According to Cohen, economic policy leaders in states like Vermont should be sensitive to tax rates, especially when it comes to welcoming new business startups, which are essential to local employment and growth.

“I think corporate tax levels are more relevant to where a business is started as opposed to whether a business is started,” Cohen said. “ … Money flows to the lowest barriers and those entrepreneurs that want to start a business will simply move if the state tax policies are too high for the business to thrive.” 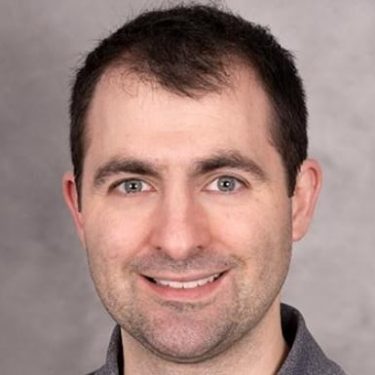 Joseph Fox: “State policies certainly have an impact on whether and where to start a business.”

“State policies certainly have an impact on whether and where to start a business,” he said. “Anecdotally, look no further than a recent example in (red-state) Texas. Governor Abbott signed a law allowing individuals to order beer and wine for delivery with food to their home. In a time where food delivery startups are still expanding, a small change like this might entice an entrepreneur to create something to address this potential new opportunity.”

WalletHub expert attorney Patrick Gaughan, of the University of Akron’s Innovation Practice Center, noted that while state corporate tax rates are of little importance, “overall tax and regulatory approaches of different states will have an impact on the perceived support for new business start-ups and growth.”

When it comes to entrepreneurship, getting a new business off the ground in Vermont is one thing; keeping the business vibrant is a different matter entirely.

Dick and Flanzy Chodkowski are owners of Monroe Street Books, the state’s largest bookstore, located along U.S. Route 7 in Middlebury.

“Dick and I were talking this morning about downtown Middlebury. I was down there last Saturday morning and it was dead,” Flanzy Chodkowski told TNR. “We wondered how businesses are surviving.

“When we [came here] in 1991, Middlebury was thriving, or so it seemed. Now … (the Middlebury Selectboard) is paying someone to work on getting businesses here, but they may mean mostly on Exchange Street (Middlebury’s industrial park area).” 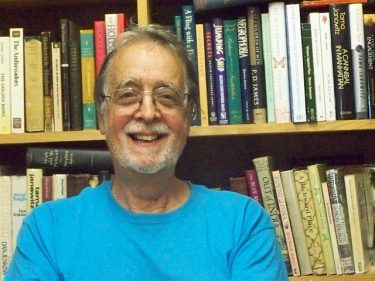 The Chodkowskis, and others like them, point to various factors when it comes to downtown Middlebury’s current stagnation: municipal policies that eliminated automobile parking spaces in favor of a carbon-free agenda, selectivity about types of businesses that are welcome in town, plus high rents.

As noted above, when it comes to office space affordability, the WalletHub report ranked the Green Mountain State 16th, which seems to reflect that better prices for startup businesses are found outside of Vermont’s so-called gold towns.

WalletHub is not alone in seeing weaknesses in Vermont’s appeal for entrepreneurs. According to a policy brief published by the Ethan Allen Institute, Vermont gets consistently poor ratings for business climate: “The Tax Foundation (in 2014) placed Vermont 45th out of 50, Forbes 43rd, CNBC 42nd, and the British-based Economist gave Vermont an “F,” one of just five states to receive one. These judgments are based for the most part on high taxes, complex regulations, poor infrastructure, and an inadequate work force. Vermont’s population is not growing, and the state’s demographics are trending older.”