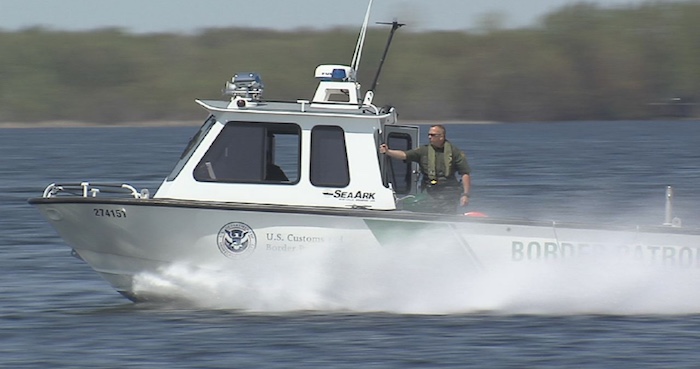 U.S. Border Patrol agents using a boat to patrol the border in Vermont.

A spike in illegal crossings at the Vermont-Canadian border has some law enforcement officials questioning the state’s fair and impartial policing policy that prohibits officers from asking about a person’s immigration status.

The updated Fair and Impartial Policing Policy, approved by the Vermont Criminal Justice Training Council in December 2017 and put into effect in March, states that no state or local police agency can take action against an individual based on personal characteristics or immigration status.

But with illegal crossings at Vermont’s northern border up more than double this fiscal year — from 132 to 267 — some members of the law enforcement community say the policy is attracting illegal immigrants and preventing local police from stopping the influx. 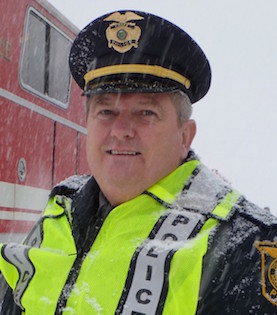 “This is one of the reasons why this is happening — they know the ground rules that they’re playing with,” Manchester Chief of Police Michael Hall told True North in an interview.

Hall said people who engage in illegal activity do their research, and when something like the fair and impartial policing policy exists in a border state, it becomes a magnet for people planning to enter the U.S. illegally.

“People that are involved in smuggling or the illegal activity of bringing people into the country are gonna do it in Vermont where you know law enforcement is pretty much prohibited from inquiring about your immigration status,” he said.

Hall also said it makes it more difficult for law enforcement to do their job when they’re being intimidated into not taking action.

Such worries about intimidation are real. In 2016, the Grand Isle County Sheriff’s Department had to pay a $30,000 settlement in a case alleging that one of its deputies illegally discriminated against a Mexican citizen during a routine traffic stop. According to a report by VTDigger, Sgt. Blake Allen stopped a speeding vehicle and one of the passengers, Lorenzo Alcudia, was detained for hours after the incident.

In a 32-page summary of the incident, the Human Rights Commission concluded that Alcudia’s skin color and national origin played a key role in his treatment during the traffic stop. They also had “overwhelming evidence” that Allen was “primarily interested” in Alcudia’s legal status.

While focus on the southern border and a newly relaxed visa policy by the Canadian government have been cited as reasons for the increase in illegal crossings, Hall says fair and impartial policing is to blame.

“Since the policy has been implemented, how many illegal aliens have been picked up by municipal or state law enforcement and turned over to federal authorities in Vermont? My guess is not very many,” he said. “If you read this policy, it’s an immigration policy. It talks more about what you can and can’t do with individuals of questionable immigration status than it does anything else.”

Hinesburg Chief of Police Frank Koss thinks part of fair and impartial policing has to do with immigration, but he sees it as more of an anti-discriminatory policy that protects the freedoms and rights of everyone as it relates to personal characteristics such as race, gender, color or national origin. 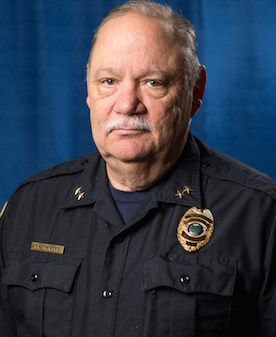 “That to me is the first part this whole policy deals with,” Koss said. “We just essentially do our job based on what’s reasonable cause at that particular moment. We don’t let anything else influence our decisions.”

He said any police officer who is policing correctly will eventually detect suspicious activity and act accordingly as the situation requires.

“If a police officer suspects that it goes beyond somebody being in the country, maybe a terrorist or something like that, you don’t just say ‘goodbye’ and let them go,” Koss said. “There is follow-up you can do at that point, but it’s gotta be something more than just their status in the country.”

The 2017 revised policy, which will be up for review again in October, states that no officer “shall take actions based on any personal characteristics, or immigration status,” and that to secure the public’s trust, “personal characteristics, or immigration status, should have no adverse bearing on an individual’s treatment in [Agency’s] custody.”

Hall says a fair and impartial policing policy should have nothing to do with immigration law, and people who are in the U.S. illegally should not have the same rights and protections as U.S. citizens.

“If you’re doing something illegal you shouldn’t have protection by way of a policy that has nothing to do with fair and impartial policing,” he said. “The way I look at it, the policy in itself is biased, so it’s a little confusing to say the least.”

In response to a request from True North, a spokesperson for U.S. Customs and Border Protection sent a written statement suggesting possible reasons for the rise in illegal border crossings to the north.

“Attempts at illegal immigration and smuggling regularly occur and over the course of the last year, the number of apprehensions by the U.S. Border Patrol in Swanton Sector have increased,” the statement read. “ … Contributing factors may include the removal of visa requirements for some nationalities to enter Canada, as well as the perception that it may be a less arduous journey to enter into Canada and cross into the U.S. versus transiting through the southwest border.”

Koss said he believes Canada’s elimination of the visa requirement makes it easier for illegal immigrants to enter the United States. However, he said the issue of asking for immigration status is probably more pressing for police in places like Newport and Swanton, not in his town of Hinesburg.

“They would in fact probably come across people in that circumstance,” Koss said. “The primary thing is for us to do the right thing and go out and do our job … but it does restrict the fact that we are not supposed to inquire on someone’s status in the country.”

Images courtesy of U.S. Customs and Border Protection, U.S. Department of Justice, town of Manchester and Vermont Association of Chiefs of Police