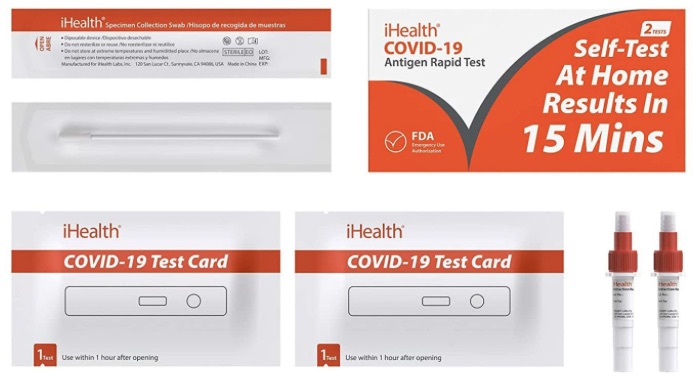 Vermont residents will have access to 500,000 rapid COVID-19 tests in a new partnership with the National Institute of Health, Gov. Phil Scott said.

In a news release, the governor said the program, which was developed by the National Institute of Health, will deliver the tests to consumers through a new online portal. Tests will be delivered to homes.

According to the release, the initiative is a pilot program that will deliver tests to communities in an effort to help the state assess a new delivery model with tests being ordered online and shipped to homes. The program is similar in comparison to the program President Joe Biden said the federal government plans to use later in January.

“Rapid tests are an important tool, but Americans need to be able to get them easily, quickly and far more affordably,” Scott said in the release. “While we wait for more details on President Biden’s rapid testing initiative, we are considering ways to simplify and expand our state’s testing system.”

Scott said the state is planning to have rapid tests available at local pharmacies “for lower prices.”

“But we need to bridge the gap between where we are today and where things will be in the months ahead,” Scott said. “That’s why we are partnering with the team at the National Institutes of Health to get these 500,000 tests into households throughout Vermont and ‘testing’ the effectiveness of this delivery model.”

Scott said that residents need to “have clear expectations about the goals” and also the “capacity of this pilot project.”

“While our primary objective is to get tests into the field as efficiently as possible, we are also assessing how well the system works so we can continue to improve testing options and work with President Biden’s team to make future testing programs successful,” Scott said. “As with every new program, there are going to be unanticipated challenges, the number of kits each household can order will be limited, it could take up to a week for them to be delivered, and we expect that they will go very, very quickly.”

According to the release, Scott advises residents that the project does not replace the school’s Test and Stay program that is used in schools, pre-schools, and childcare centers.

The tests, according to the release, are FDA approved and will be free to residents. Those who choose to participate in the program will be required to provide their name and address for delivery. That information will not be shared and no personal information is required to receive a test.