Vermont has joined a 48-state investigation of Google to see if the tech giant has violated state or federal antitrust laws, according to an announcement by Attorney General T.J. Donovan.

The bipartisan effort, which also includes Puerto Rico and the District of Columbia, aims to discover if Google’s dominance of online advertising and search is leading to “anticompetitive behavior” that harms consumers. 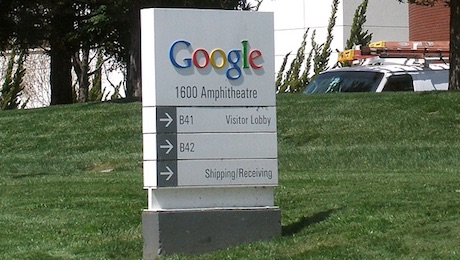 THE BIG BROTHER SEARCH ENGINE: Fourty-eight states including Vermont are looking into Google’s business practices to see if the company is violating U.S. antitrust laws.

“For the free market to work, there must be competition,” Vermont Attorney General T.J. Donovan said in a statement issued Monday. “A healthy and fair marketplace provides consumers with choices, allows innovation to flourish, and maintains users’ privacy.”

Federal and state officials already have been investigating Google for privacy violations, and the European Commission is presently involved in three antitrust actions involving the company.

“None of these previous investigations, however, fully addressed the source of Google’s sustained market power. Specifically, previous investigations did not flush out Google’s ability to engage in serial and repeated business practices with the intention to protect and maintain that power,” the attorney general’s office press release states.

Google has been under fire for a wide range of potential abuses. In an interview with investigative news organization Project Veritas, former Google employee Zachary Vorhies claimed the company rigged search results to advance political agendas.

“What they are really saying about fairness is that they have to manipulate their search results so that it gives them the political agenda that they want,” Vorhies said in a Project Veritas video. “And so they have to rebias their algorithms so that they can get their agenda across.”

In the name of blocking “hate speech,” Google reportedly removed more than 100,000 videos and over 17,000 channels from its popular YouTube platform. It also deleted at least 500 million user comments.

An internal video depicting the company’s top executives enraged over the election of President Donald Trump in 2016 has increased suspicions about the company.

“I am familiar with the stories that are coming out on the national level that Google has been essentially putting their thumb on the scale of various things from commercial enterprises to political concerns, and if that is, in fact, happening then certainly they should be investigated,” he told True North Reports.

“I think that given their size and their power, they should have the ability to affect our culture that way. So if there is serious concern out there, then it should be investigated, and I would applaud Vermont for going forward in that investigation,” Benning said.

“They are there to supply news to people so that they can figure out what’s going on in the world. It’s not their job to censure what they’re actually putting to people,” she said. “And if in fact that’s what they are doing, well then good for us for actually going against them.”

During the July 16, 2019, U.S. Senate hearing on the subject of Google and censorship, Dr. Robert Epstein, former editor of Psychology Today, alleged that Google’s manipulations had shifted millions of votes to Democratic presidential candidate Hillary Clinton in the 2016 election.

“2.6 million is a rock-bottom minimum,” he said. “The range is between 2.6 and 10.4 million votes depending on how aggressive they were in using the techniques that I’ve been studying. They control these and no one can counteract them. These are not competitive, these are tools that they have at their disposal exclusively.”

President Trump himself has been a vocal critic of the big tech industry, claiming on Twitter in 2018 that Google was suppressing conservative voices.