Editor’s note: This commentary is by Eric LaMontagne, executive director of Campaign for Vermont.

Vermont loves to tout its many media accolades, frequently showing up on top 10 lists praising us for our health, happiness and sustainability. Pull aside the curtains, however, and anyone who is honest with themselves can only come to one conclusion: Vermont is in trouble.

Please, bear with me. I realize numbers and statistics about employment, wages, benefits and taxes are not a flashy or exciting subject. This is not a single-issue, single-solution situation. These numbers will, however, illuminate a complex, systemic problem that few openly acknowledge and that will not be easy to address. They must be treated with the same gravity as Vermont’s other hot-topic issues, such as paid family leave, taxation of cannabis, water quality funding, and minimum wage increases. 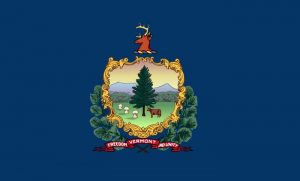 Among other problems, Vermont’s workforce has shrunk by 15,000 workers and the state’s unemployment rate is dangerously low. Also, Vermont is ranked 49th for private sector total compensation.

Another important data point that came out of this study adds quantitative support for what many Vermonters already know – Vermont is an expensive place to live. Our 49th ranking is where we land after taking into account cost of living. Our rank before this adjustment: 23rd. So while our Legislature mulls a litany of new taxes and fees, Vermonters can expect our dollar to buy less and less relative to the rest of the country.

So what does this mean? Well, ask yourself this – would you seriously consider making a home where you know nearly everyone else in the country can get paid more for the same job? Where your dollar goes further in most any other state? If you’re struggling to make ends meet, to build savings and retirement accounts, to pay for quality housing, does this motivate you to stay here?

According to a recent survey from the Burlington Young Professionals, a group within the Lake Champlain Regional Chamber of Commerce, the answer is a solid “no.” More than 40 percent of responses indicated an intent to leave Vermont. The most common reason cited: low pay and high housing costs. One young professional went as far as stating “I would love to be able to stay here and raise children, but it would be a financial nightmare.” In that same survey, 45% of respondents listed a lack of job opportunity as their number one concern.

This is is a sentiment that is felt statewide and can be seen in our too-low unemployment rate (2.3% at the time of writing). The Federal Reserve cites 4.5% to 5% as a healthy rate range. Every county in the state has seen a drop in workforce participation. In total, Vermont’s workforce has shrunk by 15,000 since 2009.

Let’s go back to the public sector numbers for a moment. According to the data presented in the American Enterprise Institute report, between 1998 and 2017 total compensation for public sector employees (local and state government officials and employees) increased 67.7% (vs 7.34% for the private sector). Benefits alone increased by more than 169% (private sector – 50.78%). Even though it may seem that our public employees are flying high – and compared to private employees they might be – Vermont still only ranks 33rd for public sector total compensation.

All of this is occurring at a time when Vermont, for the first time in our history, is on record as having a negative net worth of $200 million. This is largely due to $2.3 billion liability in retiree health care benefits for teachers and state employees, an increase of $73 million in just one year. Ten years ago this liability was “only” $487 million. In 2020 Vermont will have to make a $205 million minimum payment on these entitlement promises, a number that is increasing every year. Meanwhile, the state is NOT funding the actuarial recommendations for the retiree health care plans, leaving a substantial shortfall every year. In 2020, this will be around $85 million and will continue to grow unless something is done.

Oh, and you can tack on an additional $2 billion owed for state employee pension obligations.

Finally, we need to look at our potential for tax revenue. In addition to the pressures caused by low wages and a dwindling labor pool, according to a 2015 report by the Joint Fiscal Office “the aging of Vermont’s population has the potential to curb or reduce state revenue from taxes on income, consumption, and property. The baby-boom generation … has provided a substantial share of state tax revenue. As these workers move toward retirement over the next 10 to 15 years, they are expected to earn less, spend less on certain goods, and, as a result, pay less in taxes.” Translation: there is little to lead us to believe that our tax revenue situation will improve. And with Vermont recently being named the worst place for retirement in the U.S. due to taxes, one must be concerned that this decline will be even more significant than anticipated.

• Vermont ranked 49th for private sector total compensation (wages and benefits).
• People do not see Vermont as a place where they can have a stable financial future. 40% of young professionals responding to a survey indicated an intention to leave the state, citing low wages and housing challenges.
• Vermont’s workforce has shrunk by 15,000 workers, and our unemployment rate is dangerously low.
• Vermont ranked 33rd for public sector total compensation, showing a growth of 67.7% (vs 7.34% in the private sector).
• Vermont has a $2.3 billion liability in retiree health care benefits for teachers and employees.
• Our minimum payment on those healthcare liabilities will be $205 million in 2020 – an amount that comes right off the top of our budget and grows every year.
• We are under-funding these health plans. In 2020 there will be an $85 million shortfall, a number which will grow unless we make a change.
• An aging population will deflate tax revenues.
• We are also facing a $2 billion obligation for pension benefits.
• Ranked worst in the U.S. for retirement, potentially pushing out even more taxpayers.

Vermont is in trouble. Prosperity is in jeopardy. If we continue along this path, we are facing a future where fewer workers, earning nearly the lowest relative wages in the country, are saddled with the task of shouldering ever-increasing liabilities. Our shrinking and aging population will only further increase our costs and hinder our ability to dig ourselves out of this financial hole.

Please, call your legislator and tell them that we cannot afford to impose any additional tax, fee, or entitlement program without first looking at how it will impact both those paying for it, and our economy as a whole. Demand candid and transparent analysis, in all agencies and departments, and across all levels of government, that asks “does the data show that this action will help our financial situation as a whole?” If the answer anything other than a solid yes, then that action must not move forward.

19 thoughts on “LaMontagne: Vermont is in trouble”