In a letter to state officials, Administrator Ronald Batory said FRA would deobligate the $928.6 million set aside for the California High-Speed Rail Authority (CHSRA) under a 2010 agreement. The agency will also continue to examine recouping the $2.5 billion in stimulus funds already spent on the rail program, according to a copy of Batory’s letter obtained by The Daily Caller News Foundation. 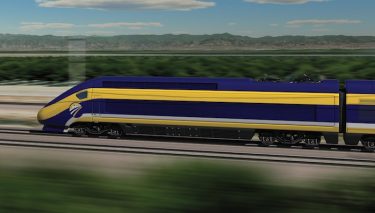 California High-Speed Rail project is under construction but indefinitely postponed due to cost overruns.

“FRA finds that CHSRA has repeatedly failed to comply with the terms of the FY10 Agreement and has failed to make reasonable progress on the Project,” FRA said in an emailed statement.

“Additionally, California has abandoned its original vision of a high-speed passenger rail service connecting San Francisco and Los Angeles, which was essential to its applications for FRA grant funding,” the agency said.

The decision to withdraw federal rail funding is likely to heighten tensions between the Trump administration and California.

Dubbed the “train to nowhere,” Gov. Gavin Newsom announced in February he shelved plans to complete the entire high-speed rail line that voters approved in 2008. The project was meant to connect major urban areas from San Diego to San Francisco by high-speed rail.

Instead, California intends to finish an 119-mile corridor in the Central Valley — at a cost of roughly $89 million per mile.

Despite the high cost, Newsom, a Democrat, said he wanted to complete a section of the rail line to help the Central Valley’s economy and avoid having to send $3.5 billion in federal funds back to the Trump administration.

“I am not interested in sending $3.5 billion in federal funding that was allocated to this project back to [President] Donald Trump,” Newsom said in February.

However, Trump quickly took to Twitter to demand California repay the federal government over the abandoned rail project. The U.S. Department of Transportation (DOT) warned it was keeping a close eye on California’s high-speed rail plans, including whether or not the state would need to pay back $3.5 billion in federal funds.

Now, DOT officials have determined California violated the terms of its cooperative agreement with the federal government. That determination cost California nearly $930 million in funds, Batory wrote in his letter.

“Finally, the dramatically reduced scope of California’s current plan for its HSR System is simply not consistent with the Project as CHSRA proposed in its applications for Federal financial assistance on the Project,” Batory wrote.

“For these reasons, and those set forth in this decision, FRA has determined to terminate the FYlO Agreement, effective today, and will deobligate the associated funds,” wrote Batory.