Federal COVID-19 relief funds and other factors have prompted Vermont lawmakers to propose a series of amendments to the state’s fiscal year 2022 budget that runs through June 30.

Members of both chambers of the General Assembly have approved House Bill 679, which details scores of proposed adjustments.

The granular line items are numerous, and the budgetary adjustments vary widely. 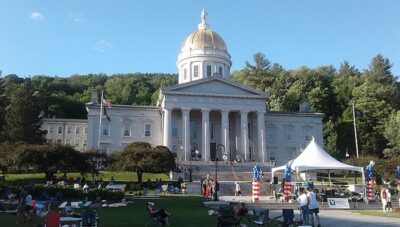 At a recent legislative session of the House of Representatives, state Rep. Mary Hooper, D-Montpelier, commented on several of the amendments. Hooper serves as chairwoman of the House Appropriations Committee.

The legislators’ proposals include reserving $25 million and carrying the funds forward into fiscal year 2023 to improve the overall debt position of Vermont’s state finances.

“We have been filling our reserves, paying off debt and fighting the use of one-time funds for ongoing expenses for a very long time,” Hooper said. “It is exciting when we are joined by the administration and the Senate in that passion.”

The debt service proposal could be fulfilled through such means as redeeming general obligation bonds, reducing the amount of new debt issued and fortifying internal fund balances that currently are in the negative.

Another adjustment is in response to structural changes that have occurred within the Cannabis Control Board that oversees Vermont’s legalized cannabis industry. HB 679 calls for increasing the board’s budget in FY 2022 from the current appropriation of $650,000 to $850,000.

The board has doubled in size, with eight permanent classified positions. The body includes one licensing director, two licensing administrators, one policy enforcement director, three compliance officers and one financial officer.

Other changes within the bill include additions or subtractions to several policy-related issues.

For example, the bill calls for a $9 million reduction in the amount originally appropriated for climate action investments through COVID-19 fiscal recovery dollars via the American Rescue Plan Act.

The original allocation was $50 million, and the bill calls for trimming it to $41 million. The proposal calls for instead allocating the $9 million toward the Vermont Agency of Administration to housing weatherization efforts statewide.

Other adjustments include an infusion of $25 million into the Vermont Housing and Conservation Board to provide housing and increase shelter capacity. The board’s original funding allocation was $94 million, and the amendment calls for increasing it to $119 million.

HB 679 was delivered to Gov. Phil Scott on March 10, according to a timeline of the bill’s history.

The House gave its final vote on the bill at its legislative session March 8. The elected body subsequently messaged its actions to the Senate as a formality and as a precursor to sending it to Scott.