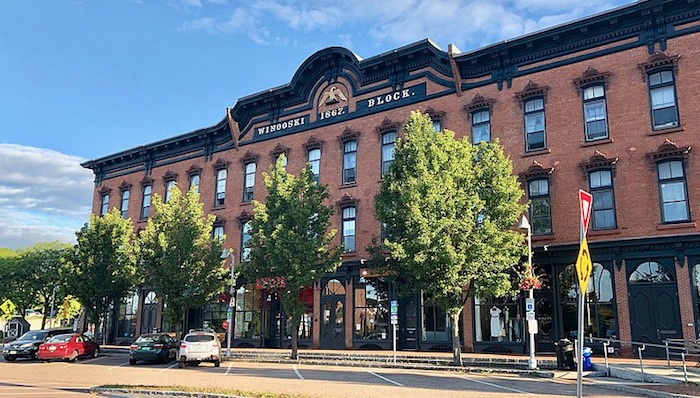 NONCITIZEN VOTING:  Noncitizens in Winooski and Montpelier will be able to vote in local elections if this week’s special session results in an override of vetoes by Gov. Phil Scott.

The Vermont House of Representatives on Wednesday successfully overrode the governor’s vetoes of H.227 and H.177, two bills that seek to allow noncitizen voting in Winooski and Montpelier, respectively.

The Senate will take up the bills during an override session Thursday or Friday.

The House voted 103-47 to override the governor, reaching slightly more than the two-thirds threshold required. The Montpelier charter change allows for voting in municipal, but not school, elections. The change for Winooski pertains to voting on both municipal and school elections.

When lawmakers spoke to explain their votes, Rep. Arthur Peterson, R-Clarendon, was the only one to speak against the charger changes. He said the Vermont Constitution explicitly prohibits noncitizens from voting in any elections.

“I still go back to chapter 2, paragraph 42 which clearly states that to vote you must be a citizen of the United States,” Peterson told his colleagues. “Without a very, very clear understanding or something written differently, I don’t know how we get by that and allow noncitizens to vote.”

Rep. John Gannon, D-Wilmington, was one of several to speak in favor.

“That charter amendment has been vetted by your House Government Operations Committee, vigorously debated in this body, and overwhelmingly approved not once, but twice,” he said. ” … Few bills have received as much consideration and debate as this charter amendment.”

Rep. Taylor Small, P/D-Winooski, was another House member to speak for the bills.

“All of Winooski’s residents contribute to our community in a multitude of ways,” she said. “And together we create the advantageous diversity that our community has celebrated for almost 100 years regardless of citizenship status. This change to our charter will allow any qualified Winooski resident to have a voice in local matters that affect them, their families, and their lives.”

Rep. Hal Colston, D-Winooski, weighed in on the constitutionality question.

Republican governor Phil Scott provided a letter of explanation when he first vetoed the charter changes.

“Allowing a highly variable town-by-town approach to municipal voting creates inconsistency in election policy, as well as separate and unequal classes of residents potentially eligible to vote on local issues,” Scott wrote when he rejected the Montpelier measure. “I believe it is the role of the Legislature to establish clarity and consistency on this matter. This should include defining how municipalities determine which legal residents may vote on local issues, as well as specifying the local matters they may vote on. Returning these bills provides the opportunity to do this important work.”

According to Ballotpedia, Arizona and North Dakota have moved in the opposite direction of Vermont on this matter. Those states have passed laws specifically barring local municipalities from allowing illegals to vote in elections. They also state “No state constitutions explicitly allowed noncitizens to vote in state or local elections.”

The same report states that at least 10 other municipalities in the nation allow noncitizens to vote, and nine of them are in Maryland, while another is in California.

The Senate will have its opportunity to vote on the bills Thursday or Friday.

The Senate is also expected to attempt an override vote of Scott’s veto of S.107, which raises the maximum age of charging an individual as a juvenile from 19 to 20 years old.