Vermont residents could experience tax relief in a number of specific circumstances if all of the components of a recently introduced bill come to fruition. 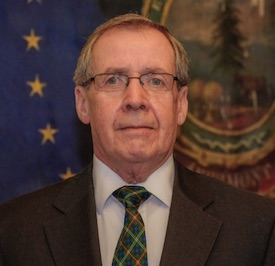 State Rep. William Canfield, R-Fair Haven, is the sponsor of H.527, legislation that could result in changes to Vermont tax policy with credits for things such as child care and dependents, student loans and workers in industries with labor shortages.

The bill was introduced in the House this month and subsequently referred to the Ways and Means Committee, where various passages are going under the microscope.

At the committee’s most recent meeting, legislative members and state staffers combed through six components of the 44-page bill.

One substantive portion of the legislation could repeal a so-called alternative minimum tax for some of the state’s highest income earners.

“It used to be more of an effective tool in ensuring folks who had a lot of subtractions from their income were still paying a minimum level of tax in Vermont,” Rebecca Sameroff, deputy commissioner with the state Department of Taxes, said of the original intent behind the alternative minimum tax.

Sameroff said there have been a number of ancillary issues that have impacted the alternative minimum tax over time, including capital gains taxes and residents who are able to make sizable medical deductions.

“These are people who are in a very specific mathematical situation,” Sameroff said.

State Rep. Carol Ode, D-Burlington, who serves on the Ways and Means Committee, said she wanted to hear more testimony on the alternative minimum tax and how changes to it could impact the state on a broader level.

“Another way to look at it is people with that kind of high income are choosing Vermont to live in, and that generates jobs and income taxes,” Ode said.

State Rep. Janet Ancel, who chairs the Ways and Means Committee, said she, too, would be interested in a deeper look into the alternative minimum tax.

“I would find it helpful to see a little more historical data on this,” Ancel said. “This is a good discussion. But I will admit I’m not convinced yet.”

Because of the way it is tailored, Sameroff said the alternative minimum tax has a number of intricacies. From her professional vantage point, she also questioned its efficacy.

“This is a very complex, complicated policy mechanism,” Sameroff said. “I wonder if it’s worth the squeeze.”