Last week’s Halloween announcement about hemp came as both a trick and a treat for Vermont’s new commercial hemp farming community.

As far as the treat goes, dozens of area farmers are cashing in on the cannabis CBD (cannabidiol) health-fad boom. New federal rules may curb their enthusiasm about committing more dollars into the effort, however. CBD, claimed as an anxiety reliever and pain killer, is one of hundreds of cannabinoids in cannabis plants, and makes up to 40% of hemp’s botanic extracts. 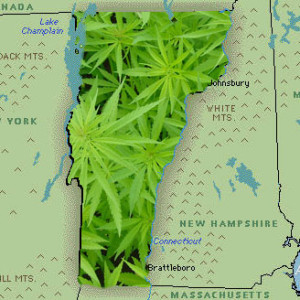 CASH CROP?: Some Vermont hemp farmers are grumbling about new federal rules and their return on investment.

The trick comes because Vermont’s hemp crop has THC levels that are higher than the new fed rule proposes. THC, or delta-9-tetrahydrocannabinol, is the psychoactive component of the cannabis plant.

While Vermont continues to operate under its own hemp-growing pilot program, enabled under the 2014 Farm Bill, the interim 2019 federal rule represents a big step toward the final rule. That rule will establish hemp-content testing and recordkeeping requirements, legal THC levels, disposal of high THC crops, and the authority for states “to obtain primary regulatory authority over hemp production.”

And therein lies the rub between Montpelier and Washington over hemp growing guidelines.

Although, according to the U.S. Department of Agriculture (USDA), the publication of its latest interim final rule will not affect how hemp is regulated in Vermont — at least for the time being.

Despite last week’s announcement, Vermont continues to operate under its pilot program. That pilot will remain in effect until the state receives USDA approval for its state plan or the repeal of the authorization for state pilot programs under the 2014 Farm Bill, which is “one year after the date on which the [USDA] secretary establishes a plan,” according to the USDA’s website.

Reaction to last week’s USDA announcement in Vermont has been negative.

The USDA is setting a limit of 0.3% (three-tenths of 1 percent) THC in industrial hemp yields, which is lower than what the state of Vermont established in 2014. Vermont has set 1% as the maximum threshold. If the THC goes above the threshold, the crop must be destroyed.

According to published comments made last week by Cary Giguere of the Vermont Agency of Agriculture, Food and Markets, the state could lose 70% of its crop for being out of compliance with federal rules. Giguere also said that as many as two years could pass before Uncle Sam finalizes the rules. In the interim, Vermont’s hemp industry will operate under state regulations, he said. 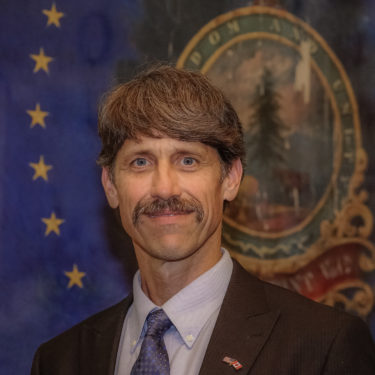 Sen. John Rodgers: “The 0.3% is a totally arbitrary number that was established testing biomass from the lower branches of a hemp plant.”

Speaking on behalf of many of Vermont’s new hemp farmers, Glover farmer and state Sen. John Rodgers, D-Essex-Orleans, isn’t pleased by the USDA’s 0.3% rule. He considers the THC rule to be groundless.

“The 0.3% is a totally arbitrary number that was established testing biomass from the lower branches of a hemp plant,” Rodgers told TNR. “The proposed rule would have us test the top flower of the plant which is the strongest part of the plant. If the proposal was 0.3% delta 9 it would probably work fine, but they want to figure delta 9 plus total THCA (non-psychoactive cannabinoid) times 0.877, which will put most good hemp strains over the limit, even though no one that wanted to get high would ever want to smoke it, as it is still very low in THC. All cannabis should be treated as the agricultural product that it is.”

Rodgers acknowledges that the 0.3% rule was already known to both Vermont lawmakers and hemp farmers as the likely future federal standard since the 2014 farm bill.

“The (0.3%) labels are for compliance with the law,” Rodgers said.” If tests were run on every pre-roll (hemp reefer), you may find that many do not comply.”

“We are leading the nation in developing hemp rules and laws that work,” he said. “The feds have to approve our hemp program, and if they do we live by our rules. Some discretion has been given to the states. In my view, the states should be left alone to run their out programs without federal interference.”

In an Oct. 31 news release from the Vermont Agency of Agriculture, Food and Markets (VAAFM), Stephanie Smith, chief policy enforcement officer, stressed that the agency will consider implications of the federal hemp plan on local farmers.

“VAAFM notes that the interim final rule focuses on preventing diversion of THC and destruction of ‘hot’ crops but not the opportunity this new crop brings in supporting small scale agriculture common in Vermont,” Smith said.  “And while the VAAFM supports consumer protection and quality control, it also supports defensible and sensible regulation that allows Vermont’s small, craft growers to take advantage of the economic opportunity and the continued development of supporting infrastructure, such as facilities that process grain, fiber and resinous hemp, and laboratories, which have drawn high paying jobs to the state.”

Rodgers told TNR that the federal government can learn a lesson from rural states like Vermont, which are developing entire hemp industries from scratch.

“If the feds would follow our lead, you would see rural America get new life breathed into it,” he said. “Millions of dollars have been invested in Vermont in a very short time because of our hemp program. This is the largest economic development that has happened in Vermont in generations and could be the same kind of economic driver throughout rural America.”

Not every local hemp farmer agrees with Rodgers that cannabis is a money-maker. In fact, one of 2018’s largest hemp-growing farms in Vermont has just bowed out of the business. 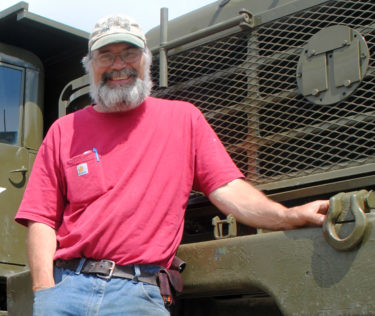 Middlebury farmer Joel Pomainville: “I worked my tail off last year with the promise of making some big dollars (growing hemp), but this just wasn’t the case.”

The Pomainville Farm, located on Quarry Road in Middlebury, had approximately 70 acres under hemp cultivation last year.  But farmer Joel Pomainville said he didn’t plant a single cannabis plant in 2019.

“I didn’t do anything this year,” Pomainville said. “Everybody that asked me about planting this year, well, I said, ‘Don’t do it, you won’t be able to sell it.’”

Last year, Pomainville grew a highly prized strain of cannabis known as Lifter, which comes from Oregon. Lifter is described as a mellow strain of hemp with 16.12% CBD and zero THC. According to the online Hemp Bud Forum, “Lifter is said to be named in homage to the famous heirloom tomato, Mortgage Lifter. But make no mistake, this strain will elevate you. It averages mid to upper teen CBD levels.”

Pomainville said some of his neighbors did pretty good, but success requires a lot of marketing.

“They are selling smokable flower and doing pretty good. But for me, I found that it’s too hard to market hemp,” he said. “You can’t just be a farmer; you have to be a marketer, too. I am a good farmer, but I am not a good marketer.

“If there’s too much of it (hemp) on the market, it doesn’t matter then who you are; the price is just going to be low. Vermonters are looking at the CBD (health) market, but Canadians are growing a lot of hemp and a lot of goes into (livestock) feed. Manitoba is a huge growing area.”

Pomainville said that selling hemp isn’t at all like selling milk to a dairy cooperative.

“There are a lot of guys who got contracts and they were feeling good about selling their hemp, but then it all just came apart,” he said. “One company said, ‘yep, we’ll send you helpers because we want the smokable bud,’ but then it never happened.”

Pomainville won’t be getting back into the hemp business any time soon, since he worries the current “buzz” over hemp is mere hype being circulated by cannabis promoters, not a sound business investment for a small family farmer like himself.

“I worked my tail off last year with the promise of making some big dollars, but this just wasn’t the case,” he said.

Images courtesy of Lou Varricchio and state of Vermont

3 thoughts on “Vermont hemp farmers are grumbling about fed rules, and the return on their investments”