WATERBURY, Vt. — The startling results of a Colorado Department of Transportation survey about marijuana-impaired driving don’t likely bode well for Vermont, but the head of Public Safety says his department has no plans to find out, even as the July 1 date for legal pot possession draws near.

According to the recent CDOT survey results, 69 percent of marijuana users have driven under the influence of cannabis in the past year. About 27 percent said they drive “high” almost daily.

CDOT heard from more than 11,000 people via an online survey and at three public events, including numerous “man-on-the-street” interviews, according to news reports.

Vermont Public Safety Commissioner Thomas Anderson told True North Reports on Tuesday that Vermont does not plan to conduct a survey similar to the one in Colorado. 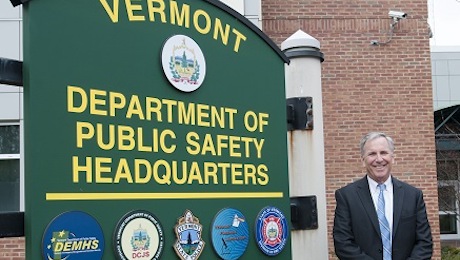 As commissioner of the Department of Public Safety, Thomas D. Anderson oversees state police, emergency management, forensics and fire safety, among other divisions.

“The Department of Public Safety does not have any current plans to conduct a survey,” Anderson said. “Should the legislature determine that such a survey is appropriate in connection with ensuring the motoring public is protected from irresponsible individuals who consume marijuana and then drive, DPS stands ready to assist in completing the survey.”

Anderson said his department “will continue to monitor the experiences from Colorado” and other states where recreational use of marijuana is legal. However, he did not say whether Vermont has a grasp of how many potential Vermonters will also be driving while stoned.

“We recognize the dangers to people traveling our roadways may increase, which is why the Scott administration has strongly advocated for the introduction of oral fluid or saliva testing,” he said.

On March 2, the Vermont House of Representatives passed H.237 to allow saliva testing. The bill, if passed into law, could require as much as $300,000 to equip the state’s police cruisers with the tests. The American Civil Liberties Union of Vermont said it will sue to block saliva testing if H.237 becomes law.

This year Vermont became the first state to legalize marijuana through its legislature. H.511, which Republican Gov. Phil Scott signed into law in January, decriminalizes possession of up to 1 ounce of marijuana for residents age 21 and older. It also allows cultivation of two mature and four immature pot plants.

Legalization of marijuana in numerous states has sparked a national debate over marijuana-impaired driving, including a 2017 report on the topic by the U.S. Department of Transportation. Vermont has not been immune to the debate, with state law enforcement and safety officials voicing concerns earlier this year.

Anderson said plans for testing impaired motorists are pending, and will depend on what lawmakers do with the saliva testing bill.

“The Vermont House of Representatives passed legislation allowing for this test under the same standard for taking a breath sample when a motorist is suspected of driving under the influence of alcohol,” Anderson said. “This legislation is now before the Vermont Senate Judiciary Committee, and we hope to see it passed this session.”

During the House debate on H.237 in March, state Rep. David Potter, D-Rutland, the bill’s sponsor, said a saliva test becomes relevant once officers determine a driver is impaired. “The key to this whole process is you have to have a series of observations of impairment all the way down the line. This new technology is just adding evidence to help an officer decide if impairment is there,” he said.

H.237 includes a roadside testing provision for detecting tetrahydrocannabinol (THC) and lowering the permissible blood alcohol content or BAC limit from 0.08 to 0.05 for any person with “any detectable amount” of THC in the bloodstream. THC is the principal psychoactive constituent of marijuana.

THC can be detected and quantified in blood, urine, hair, oral fluid or sweat using a combination of “immunoassay and chromatographic techniques as part of a drug use testing program or in a forensic investigation.”

The ACLU of Vermont and other opponents of saliva testing argue that saliva testing is useless since THC can remain in the bloodstream for weeks, and that such testing without a warrant would infringe on an individual’s personal privacy rights.

Images courtesy of Wikimedia Commons/Jonathan Wilkins and state of Vermont