With an eye trained on economic recovery and revitalization across Vermont, a new grant program is now accepting applications for projects focused on an array of economic activities.

The Community Recovery & Revitalization Program, Gov. Phil Scott announced at his weekly Tuesday press conference, is now accepting applications that will be reviewed on a rolling basis that are funded with $40 million of the state’s American Rescue Plan Act allocation.

“We’re here this afternoon and talk about the importance of investing in Vermont communities in all 14 counties,” Scott said. “Two years ago, after receiving word of over $1 billion in federal aid coming our way, we immediately went to work to plan how we would spend that funding. Not just spend the money, actually, but how we would invest it.” 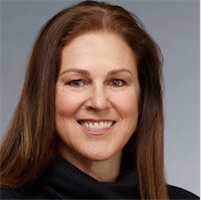 The program, which is administered by the Department of Economic Development, according to the release, is available to for-profit, nonprofit, and municipalities for projects focused on arts, entertainment, hospitality, agriculture, education, housing and child care.

“There was widespread agreement amongst many here today, many of the legislators here today, that we need to focus on housing, broadband, water, sewer, stormwater, infrastructure, and climate change mitigation,” Scott said. “But my team has also pushed hard for economic development investments in all 14 communities and 14 counties. And communities throughout the state, especially those who have struggled for far too long because there is too much disparity from region to region.”

Economic Development Commissioner Joan Goldstein said that applications for BIPOC businesses will be given priority. BIPOC is an acronym for Black, Indigenous, and People of Color.

“We are so excited about these types of projects both the programs are funding and believe they’re going to make a difference and continuing to grow the state’s economy, while addressing some of the largest issues we face, such as housing and childcare,” Goldstein said. “The funding is intended for projects that will make capital improvements or capital expansion that spur economic recovery in and revitalization in communities across the state.”

The Agency of Commerce and Community Development, according to the release, will review applications from Addison, Bennington, Caledonia, Essex, Lamoille, Orange, Orleans, Rutland, Washington, Windham and Windsor counties in the first 30 days of the application period.

“We need good jobs, housing, and thriving downtowns, but they also need access to basic needs, services, and health care,” Scott said. “And to improve quality of life, they need outdoor recreation, arts, and entertainment. All things that help keep and attract the working families we desperately need. The $40 million economic program we’re launching today will help you just that. This is something that my team work incredibly hard with the legislature to get accomplished to support capital investments that will help grow the economy.”

Images courtesy of Flickr/401kcalculator.org and Linkedin