Strengthening economic ties with Canada was the focus of a recent trip by Vermont’s governor.

Republican Gov. Phil Scott, along with Agency of Commerce and Community Development Secretary Lindsay Kurrle and Economic Development Commissioner Joan Goldstein recently visited Montreal in an effort to bolster the state’s economy with its neighbor to the north. 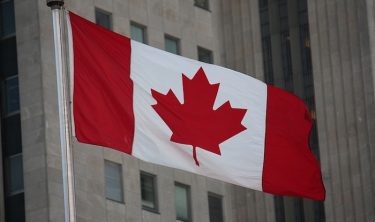 The governor said there are 73 Canadian-owned businesses in Vermont with nearly 3,000 employees, as of 2021.

Scott, according to the release, said that Quebec is the state’s biggest international economic partner, with more than $5 billion in trade taking place. He said Vermont was the province’s second biggest business partner in New England.

“Canada, and Quebec in particular, is that important to us and while I was there, we met with CIDEP, the team we’ve contracted with to help connect us with more companies who have an interest in having a footprint in the United States,” Scott said. “And through this work, we have many examples of the benefits for both regions, when we work together.”

Scott said having an office in the province “will lead to more conversations, open more doors, and lead to more opportunities” and further strengthen businesses.

Nearly half of business conducted between Quebec and Vermont, according to the release, takes place between companies that are related, and have constructed supply chains for aerospace, information technology, construction materials, and more.

The governor said there are 73 Canadian-owned businesses in Vermont with nearly 3,000 employees, as of 2021, according to the release.

Kurrle said the international trip was a boon to the two entities working together as they were able to meet face-to-face and will benefit Vermont when it comes to the aerospace industry.

“We also had an opportunity to visit the trade floor at the Aerospace Innovation Forum and conduct some meetings on site and helped support Vermont companies looking to deepen their connections with the Canadian market,” Kurrle said in the release. “There is a lot of potential to expand economic opportunities between Vermont and Canada – especially within the aerospace industry.”

Goldstein said, according to the release, that Vermont exported $830 million in consumer goods in 2021 to Canada, and the state “sells more goods to Canada than Taiwan, China, and South Korea.

“In 2021, Vermont also received $2.2 billion of imports from Canada,” Goldstein said in the release. “Importantly, 76% of Canadian exports to the U.S. are raw materials, parts, and components used to create other goods made in the United States. So, we know just how important this market is – and why we were happy to be meeting with new companies and innovators who could expand into our state or further bilateral trade.”

2 thoughts on “Vermont governor working to strengthen trade with Canada”