The further Vermont goes down the road to legalized state-controlled marijuana marketing, the more interesting surprises come to the surface. 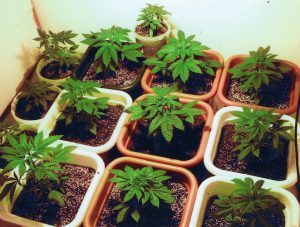 A business that was illegal yesterday gets huge subsidies from taxpayers today.

The most recent was published by Kevin McCallum in Seven Days three weeks ago. Here’s the headline: “Vermont’s Electrical Ratepayers Are Providing Generous Subsidies to Indoor Cannabis Growers.”

McCallum visited the Clean Cannabis Company in Hardwick. The lighting and control system alone for the 12,000-square-foot indoor growing facility cost the new company $450,000. “To help them afford such cutting-edge technology,” McCallum writes, “the men had angel investors of sorts — Vermont electricity ratepayers. Their fledgling company received $77,000 in rebates from Efficiency Vermont, the Winooski-based energy efficiency utility. Most of that money was an incentive to reward them for choosing one of the most efficient lighting systems around.”

“As Vermont edges toward a legal recreational cannabis market, everyone paying a power bill is indirectly subsidizing the indoor cultivation of marijuana. Efficiency Vermont, established by lawmakers in 1999 and funded through charges on residential and commercial power bills, is working to blunt the power demand of the energy-intensive cannabis businesses taking root.”

“One way it’s doing that is by reminding growers that the most energy-efficient way to cultivate cannabis is outdoors. … In colder climates such as Vermont’s, outdoor growers can generally enjoy one annual harvest, while indoor growers, using powerful artificial lights, can get up to four.”

So, a business that was illegal yesterday gets huge subsidies from taxpayers today.