Vermont is stepping up its efforts to have residents over the age of 18 fully vaccinated against COVID-19.

Gov. Phil Scott announced in a news release that he has directed the Agency of Human Services to launch a Universal Booster Program in an effort to control the pandemic in the state. 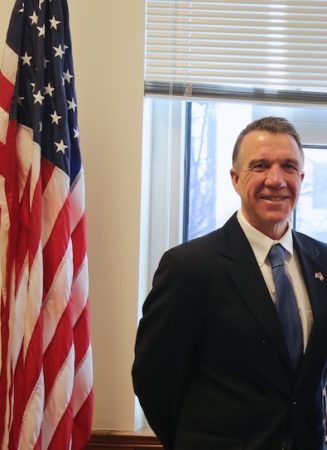 “Over the last 30 days, in a time of increasing cases in the low-risk age groups, we’ve seen cases in those 65 and older decline by about 2.5%. This is evidence that boosters are working to both keep cases lower in the at-risk age groups and, by further protecting the most at risk, they reduce hospitalizations,” Scott said in the release. “At this point, we need to shift to getting everyone boosted to help reduce the disruption of higher cases and minimize transmission to at-risk Vermonters, particularly through the winter months.”

According to the release, anyone who has had the Johnson & Johnson vaccine is eligible for a booster shot two months after the initial dose, while those who received either the Moderna or Pfizer vaccine must wait six months before receiving booster shots.

According to the release, nearly half of state residents over the age of 65 have received a booster shot, which in turn can lower pressure on local hospitals.

The governor said an online registration system will be simplified to allow greater ease of use, and walk-ins will be welcome at state-run clinics, according to the release.

As part of the move, the governor said he has directed the Agency of Human Services and Agency of Digital Services to remove the list of criteria for booster shots and will work to utilize a simplified registration portal.

“We want to be clear: Everyone over age 18 should get a booster as soon as possible. If it has been six months since you received your Pfizer or Moderna vaccine, or two months since your Johnson and Johnson vaccine, please make registering for a booster a priority,” Scott said in the release. “This will be the most important step you can take to help us get through this winter flu season and continue moving forward from pandemic to endemic.”

Vermonters can register for booster doses at healthvermont.gov/myvaccine or by calling 855-722-7878.