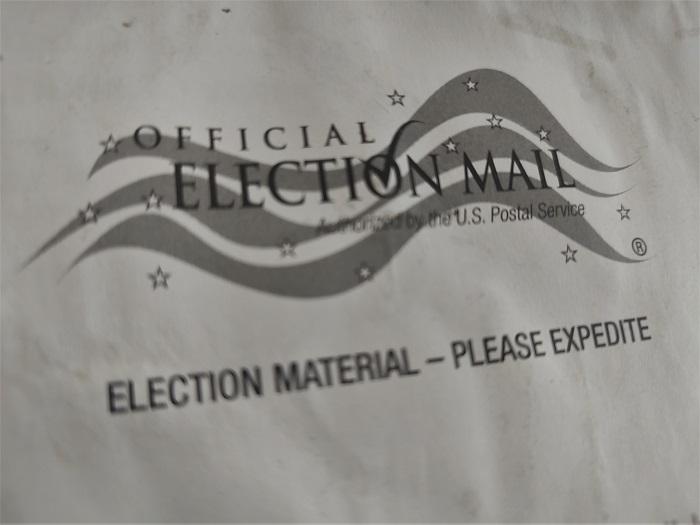 VOTE BY MAIL: Voters were told in 2020 that mail-in ballots were necessary to mitigate the spread of COVID-19. Now they are universal in every general election in Vermont.

The Vermont GOP announced this week that Republicans would be taking initial steps to expose mistakes or abuse of mail-in ballots in the Green Mountain State.

GOP Chair Paul Dame says he’s been alerted at least twice about early mishaps on Vermont’s vote-by-mail system this fall, and has received an extra ballot at his own residence.

“I personally have received an additional ballot that belongs to someone who has not lived in my home in the four years since I bought it,” Dame wrote in a recent GOP newsletter. “During the last two radio appearances, a listener has called in to share their experiences as well, that they have received an excess ballot that did not belong at their residence.”

Dame said some politicians don’t seem overly concerned about the potential for fraudulent voting, so the GOP is creating an “Excess Ballot” reporting system.

“While Democrats ignored Republican input on this very issue during the debate, we still have an opportunity to make a positive impact and help clean up the voter checklist,” he wrote. “And the VTGOP is taking steps to do that using the processes outlined in our state laws.”

On YouTube, Dame explains how voters can take advantage of the new initiative to enhance election security in the state. The form to report misdirected ballots can be found on the GOP website.

Vermont’s voter checklist is years out of date.

In one voter integrity lawsuit in 2018, the Vermont Superior Court ruled to remove 13 percent of Victory’s voters from the town’s voter checklist.

“Unfortunately now that we have mandatory mail-out ballots for everyone, that means the state of Vermont has spent a lot of money mailing ballots to addresses that people don’t live at anymore,” he said.

Some of Vermont’s own town clerks have claimed that universal ballots could invite election fraud. However, the Legislature and governor embraced the policy, and made it permanent after advertising it as an emergency COVID-19 mitigation measure.

A national telephone and online survey conducted by Rassmussen over the summer found that 77% of likely U.S. voters who watched the film “2000 Mules” say the movie strengthened their belief that systematic and widespread election fraud occurred in the 2020 election. A Rasmussen poll from 2021 revealed that “fifty-one percent of all voters agreed it was either ‘very or somewhat likely’ that cheating affected the outcome of the 2020 presidential election.”

Vermont’s outgoing Secretary of State Jim Condos has repeatedly made claims that most nationwide court cases concerning election fraud in the 2020 presidential election were dismissed. However, the Epoch Times reports that former President Donald Trump won two-thirds of his 2020-election related lawsuits when the merits of the case were considered rather than dismissed without a trial.