My neighbors to the left, in Vermont, have embraced the jab in record-setting numbers. They may be one of the most jabbed states in the U.S., with 87.5% having received at least one poke and 78.3% “fully vaccinated” according to the state’s COVID19 dashboard. 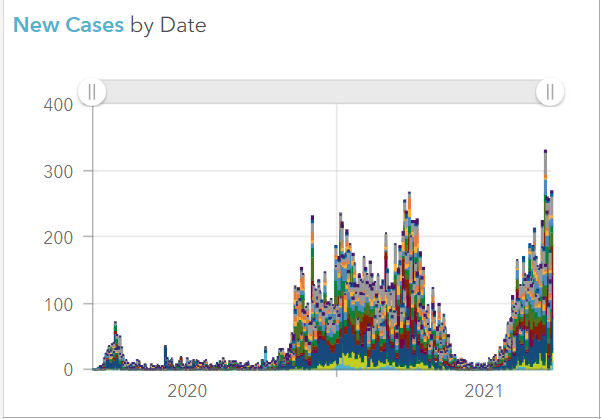 They’ve set another record as well, right alongside that one. The highest ever reported new cases by date.

No worries. This is just a coincidence. The “science” says vaccinate more people even though we know 1) the COVID vax was never capable of preventing the spread – they are still lying about that, and 2) The jab was made for COVID, not the variants and has become even more useless as a result, and 3) the booster is just more of the same.

But they say you need it anyway.