The Vermont Climate Solutions Caucus held a meeting Thursday and advocated for big changes in how Vermonters drive, heat their homes and source their electricity.

The large group of legislators coordinate together on legislation related to climate change. The Senate’s climate caucus formed in 2019 and the House caucus formed in 2016. Over the years, the group has been known to push ambitious green policies with enforcement mechanisms so that Vermonters must adopt and pay for these new ways of living.

The participants, including at least three lawmakers, were adamant that the state should embrace big changes going forward. 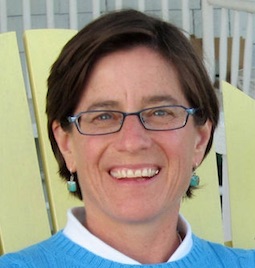 In addition to working in media and politics, James has been active in climate change organizations including Earth Matters and MoveOn Manchester.

The next step for Vermont’s green energy policy is to see what ideas emerge from the newly formed Climate Solutions Council. The 23-member council, created as part of the Global Warmings Solutions Ac, has met a handful of times since November and is charged with developing a climate plan for Vermont, to be implemented in 2022.

According to James, five subcommittees derived from the council are meeting weekly to carry out the “nuts and bolts” of the work. The five subcommittees are Agriculture and Ecosystems, Just Transitions, Cross-Sector Mitigation, Rule Resilience and Science and Data.

She said all of the council and subcommittee meetings can be viewed on YouTube.

“As a young Vermonter, I know that my life is already being affected by climate change. Every decision I make, I make understanding that climate change will have an impact on it — whether it’s having children, where I live, how I source my food, all of that matters,” she said.

White’s resume includes having worked as a community organizer for the solar company SunCommon. She said fighting COVID-19 can also mean fighting for social justice and for the planet.

“With COVID-19 there’s a lot of overlaps with how equity and environmentalism fit together — it has exacerbated the problems that we see in our communities,” she said.

Ben Walsh, the climate and energy program director for the Vermont Public Interest Research Group, said he considers recent weather events to be the products of climate change.

“Just a couple of weeks ago we had a storm in Texas that killed many people, that is definitely linked to the climate crisis,” he said. “We have weather patterns destabilizing and all sorts of things that happen more frequently, or happening worse.”

Rep. Sarah Copeland Hanzas, D-Bradford, the chair of the Climate Solutions Caucus, said it’s an opportune time to advocate for green energy at the same time the state and nation are grappling with how best to respond to the coronavirus pandemic.

“I know there are so many families right now who are strapped and having trouble making ends meet during this pandemic recession,” she said. “It leaves me all the more committed that we tackle climate, and that we do it in the smart ways that help Vermonters in their heating and transportation needs.”

In response, Bjørn Lomborg, a Danish author and president of the Copenhagen Consensus Center, wrote an op-ed noting that New Zealand conducted an independent cost analysis of going net-zero.

“The Kiwis found the average best-case cost is 16 percent of GDP, or a US cost of more than $5 trillion a year by mid-century,” Lomborg wrote.