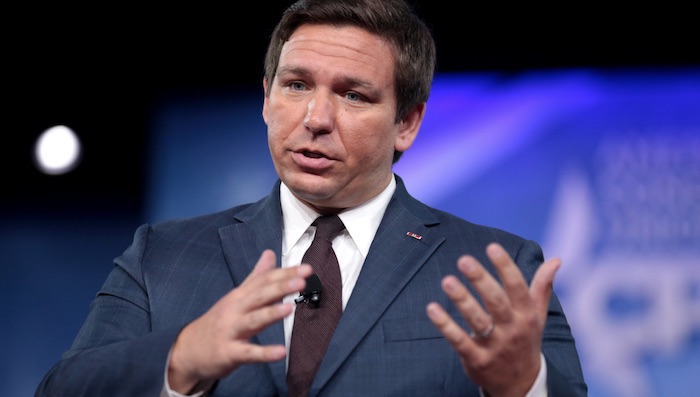 A DIFFERENT APPROACH: While Vermont Gov. Phil Scott may be the most popular governor, Florida Gov. Ron DeSantis is the most favored after former President Donald Trump to represent the GOP in the 2024 presidential election.

As Vermont continues to boast of being one of the most vaccinated states in the nation, Florida has taken a different approach to the pandemic — and gotten better results.

As of mid-December, 94.9% of Vermonters age 12 and above are either partially or fully vaccinated. And yet, the Green Mountain State had a record-setting day of 740 cases on Dec. 10. Vermont’s seven-day average is currently about 423 cases per day, up from 370 a month ago.

In Florida, the story has been different — and much healthier.

“Florida currently has one of the lowest per capita rates of COVID-19 cases of any state, despite having a lax — and at times outright hostile — approach to implementing public health measures to curb the pandemic,” HealthLine.com reported in November.

While Florida’s weekly new case count ticked up slightly in December to 13,530, it is well below the 25,691 cases reported the week of Oct. 1, according to state data. The state’s Covid test positivity rate is 2.6 percent. 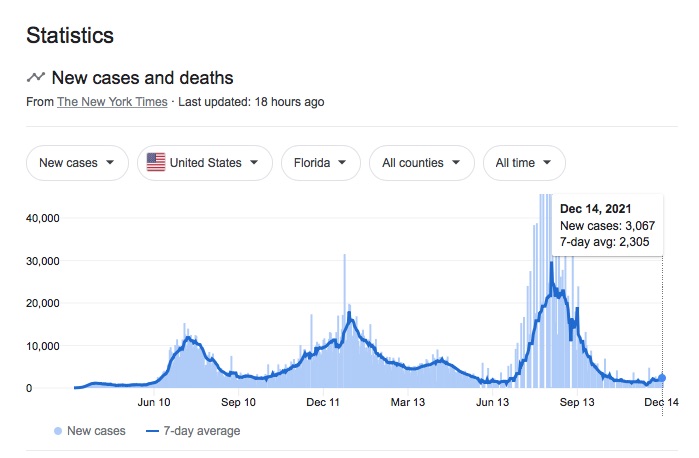 In March 2021, the governor canceled all fines related to COVID rules and in September he threatened local municipalities that wanted to impose vaccine mandates. In late July, he banned mask mandates in public schools. While the delta variant became the dominant variant in the state causing surges in hospitalizations and deaths, DeSantis pushed monoclonal antibody treatments for infected individuals to seek out after testing positive. Last Tuesday at a press conference in Oldsmar in Pinellas County, DeSantis suggested he would tackle omicron the same way, without lockdowns or mask requirements.

As for hospitalizations in the Sunshine State, Fox 35 Orlando reported Tuesday that “hospitalizations surged during the summer because of the highly contagious delta variant of the coronavirus but steadily declined in September, October and November. They have been relatively stable this month.”

A study published National Center for Biotechnology Information states that while vaccination rates don’t seem to correlate much in general with cases when looking at different nations, there may be a slight percentage more of people getting sick among the vaccinated.

“At the country-level, there appears to be no discernable relationship between percentage of population fully vaccinated and new COVID-19 cases in the last 7 days,” it states. “In fact, the trend line suggests a marginally positive association such that countries with higher percentage of population fully vaccinated have higher COVID-19 cases per 1 million people.”

Vermont’s Republican Gov. Phil Scott continues to be one of the most popular governors in the nation. However, Florida Republican Gov. Ron DeSantis remains favored — after former President Donald Trump — to run as the GOP’s ticket for the 2024 presidential election.

As Eli Yokley, writing for Morning Consult, notes, “Scott’s support is strongest among Democratic voters, who are least likely to vote for a Republican next year.”