This commentary is by Jonathan Lesser, president of Continental Economics and an adjunct fellow with the Manhattan Institute.

It’s no secret that gasoline prices have increased some 50% since last year. The higher prices have rippled through the U.S. economy, raising shipping and delivery costs for almost everything.

After first denying gasoline prices were rising, then blaming the Organization of the Petroleum Exporting Countries (OPEC), and most recently accusing oil companies of conspiring to raise gasoline prices, the administration has settled on a two-pronged response: announcing the release of 50 million barrels of oil from the Strategic Petroleum Reserve (SPR) and blaming people for not buying electric vehicles (EVs). 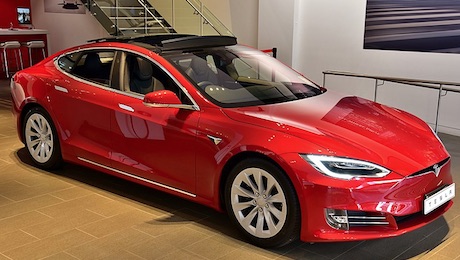 Most people cannot afford to spend $112,595 for a new car, EV or not. And that’s the other problem with EVs: they cost a lot more than internal combustion ones. The average price of EVs sold this past May was about $52,000, over $11,000 more than the average price of all other cars and light trucks.

Moreover, the oil won’t be released all at once. Some of it may even be shipped overseas, as has happened in the few previous releases. Finally, the SPR reserves that will be released all will be “sour” crude — heavier and more expensive to process than the lighter, “sweet” crudes refineries prefer.

The SPR release could be easily countered by reductions in output elsewhere. Doubtless OPEC, which produces around 25 – 27 million barrels of crude per day, has not enjoyed the administration’s combination of blaming it for price increases while begging it to produce more oil. In fact, OPEC member Saudi Arabia, which accounts for one-third of all OPEC production, and Russia, announced they are considering pausing any production increases.

Ultimately, the SPR release is likely to have a negligible impact on U.S. gasoline prices over the months ahead. Which is why the Biden administration’s other current strategy is to blame the public for not buying EVs.

In November, after a visit to a General Motors plant that is manufacturing an all-electric Hummer pick-up, which GM will sell for $112,595, President Joe Biden crowed that consumers could save “$800 – $1,000 in fuel costs this year.” This past Sunday, Transportation Secretary Pete Buttigieg argued that rural consumers should buy EVs because they drive the most.

Of course, most people cannot afford to spend $112,595 for a new car, EV or not. And that’s the other problem with EVs: they cost a lot more than internal combustion ones. The average price of EVs sold this past May was about $52,000, over $11,000 more than the average price of all other cars and light trucks, according to a recent report by Kelly Blue Book.

That average EV price was primarily driven by Tesla, which accounted for 60% of all EV sales through Sept. 30 of this year. The majority of EV buyers are wealthy, with household incomes greater than $100,000 per year.

Those rural consumers Buttigieg admonishes to buy EVs tend to have lower household incomes than urban consumers. Moreover, many rural consumers rely on pickup trucks for hauling animals, feed, and heavy equipment. But the fact that there aren’t any electric pickups for sale, nor EV charging infrastructure in most rural areas, are just inconvenient details for Buttigieg.

Moreover, the administration’s legally dubious proposal for even more lavish subsidies, $12,500 for EVs that are “union made” while continuing the existing $7,500 subsidies for all other EVs, is unlikely to lower prices. Just as colleges and universities responded to more lavish government subsidies for students by hiking tuition, EV subsidies provide a convenient umbrella for manufacturers to raise their prices. Tesla, for example, has raised the prices on its Model 3 and Model Y vehicles three times this year.

Finally, the scale of the U.S. automobile market means that a transition to EVs is far in the future, if ever. There are around 270 million cars and light trucks registered in the U.S. Last year, about 14.5 million new cars and trucks were sold. About 250,000 of those were EVs, mostly Teslas. Even if EV sales increase, it will take decades to replace the existing stock of internal combustion vehicles.

And even if that transition occurs, the electricity needed to power those EVs will be staggering. Transportation accounts for one-fourth of all U.S. energy consumption, most of which is gasoline. Believing that all of that energy can be replaced with electricity — and only electricity from green energy sources like wind and solar — is magical thinking.

Admonishing Americans, many of whom live paycheck-to-paycheck, that they could avoid the economic harm of higher gasoline prices by buying high-cost EVs is an arrogant response to a problem the administration itself has caused by restricting crude oil supplies and production.

But, sadly, arrogance and stupidity appear to be this administration’s go-to strategy on energy policy.