University of Vermont professor and state climatologist Dr. Lesley-Ann Dupigny-Giroux recently joined a global forum with other climate advocacy leaders and made several statements on how society must implement a “systems-based approach” with a “human-sociological perspective” to mitigate climate change.

“It’s critically important that we do this systems-based approach so that we can factor in things like all the various types of natural hazards that are at play, whether it’s wildfires or droughts or changes in air quality, and the ways in which these affect us as human beings,” said Dupigny-Giroux, who also is president of the American Association of State Climatologists. 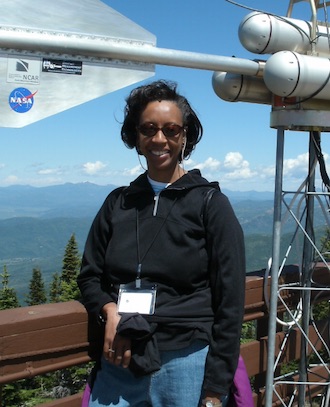 The forum was part of a 12-day global event, the COP26 United Nations Climate Summit. This portion took place on Nov. 1.

Dupigny-Giroux also focused on the notion of using a “human perspective” to address the climate.

“Systems include not just our physical systems so our air, our water, our land, our biosphere, the vegetation but also from a human perspective,” she said.

According to the United Nation’s website on the summit, there is a call for all nations of the world to make sacrifices. Similar to the professor’s statements, few details are offered on what those sacrifices will be.

‘We need unity of purpose,” it states. “We need to leave Glasgow with a balanced package of decisions that reflects the positions of all countries. With a willingness to compromise among the many perspectives we can arrive at workable, ambitious solutions that will help us keep the 1.5C goal within reach.”

One headline out of the event is that China — the largest emitter of carbon emissions in the world — will not be joining western nations in shutting down its coal and oil-based energy production in favor of renewables.

“Beijing still plans to continue mining and burning coal, until 2025. The CCP has only promised to reach carbon neutrality by 2060,” the Epoch Times reports.

At the forum, Dupigny-Giroux stuck to broad climate-change rhetoric while offering few specifics on what exact systems might change, or how humans will have to live differently. She described that nearly every aspect of human activity and lifestyle must be reevaluated.

Dr. Kate Marvel who teaches at Columbia Center for Climate Research Systems in New York City was next to speak, she left no question about who they believe causes climate change.

“Something else is going on, something more than just natural climate variability,” she said. “That something is human activities. We know that natural factors such as changes in the earth’s orbit, fluctuations in the solar output, or large volcanic eruptions can and have changed the climate before.

” … But human activities are responsible for all of the observed long-term warming trends. Actually, a little bit more than all of it, without us the earth would likely be cooling slightly.”

The full video can be seen here, with Dupigny-Giroux speaking about 30 minutes in.