On May 4, an email was sent to the entire UVM community from the Bias Response Team about an incident involving an a cappella group on campus called the Top Cats. The incident involved an advertisement the group put on its Facebook page which included “the faces of three senior members superimposed on the bodies of what appears to be Mexican mariachi band members,” according to the email. 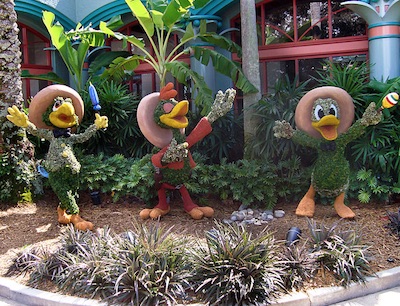 Most people don’t see anything wrong with references to other cultures, such as this reference to Mexican culture displayed at Disney’s Coronado Springs Hotel.

This sparked a controversy among students on campus, who filed a “Bias, Discrimination, and Harassment Report” because the flyer supposedly perpetuates racism and cultural appropriation.

I do not understand how the flyer perpetuates racism. It was a benign flyer to advertise for the Top Cats’ Cinco de Mayo show. It in no way implied that one race is superior to another. While racism definitely still exists today, calling non-issues like this racist diverts attention away from actual racism. People need to focus their attention on real racism, which this flyer is not.

While I see how the flyer would fit under the definition of cultural appropriation, I don’t see why it’s a problem. The Top Cats were not mocking Mexican culture. They were simply using Mexican imagery to promote their Cinco de Mayo show. The email says that the poster “dishonors the deep legacy and richness of Mexican culture.” That was not the intent of the Top Cats and is an exaggeration of the situation.

At the end of the email, a link to UVM’s counseling service is included, encouraging anyone who needs counseling to utilize the service. If this flyer is perceived to be so disturbing that people need counseling, then there are issues that need to be dealt with that go beyond the flyer.

Again, people should focus their attention on instances of actual racism instead of complaining about a harmless flyer in which there was no malicious intent. When people cry racism when racism isn’t actually there, it only desensitizes people to the evil that racism is. Unfortunately, it seems that this is happening today.