A top immigration chief wants the authority to disclose personal information about refugees and asylees who are under criminal prosecution for certain crimes. 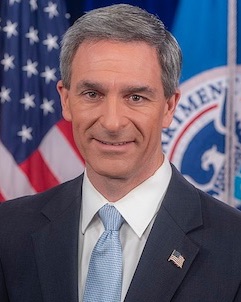 Ken Cuccinelli, the acting director of United States Citizenship and Immigration Services (USCIS), recently sent a request to the head of the Department of Homeland Security, asking for the authority to publicize personal information about criminal asylees and refugees, according to a memorandum obtained by BuzzFeed News.

Cuccinelli asked acting Homeland Security Secretary Kevin McAleenan for the ability to disclose certain information about individuals, such their birth dates, whether they were admitted as refugees or were given asylum status, the date when an asylum application was granted, among other details in a letter signed Sept. 10 and titled “Memorandum For The Secretary.”

“DHS’s ability to effectively preserve confidence in the integrity of DHS or demonstrate the accountability of DHS’s officers or employees is hampered when the Director or the Acting Director of USCIS is unable to disclose asylum and refugee-related information to courts and in press materials related to prosecutions involving crimes pertaining to national security or public safety,” Cuccinelli wrote in the letter.

USCIS confirmed Cuccinelli made the request in a statement to the Daily Caller News Foundation. The agency also noted that obtaining such information is pertinent to combatting crime.

“DHS privacy policy already permits the release of certain information if the public interest outweighs the individual’s privacy interest, such as when two dozen members of the MS-13 gang were arrested in California for brutal murders. Many of the individuals in that case had illegally entered the United States or entered and sought to stay in the U.S. using our legal immigration system,” a USCIS spokesperson said in a statement.

“Due to the abuse of the refugee and asylum programs by MS-13, terrorist organizations and cartels, the Acting Director has requested the same authority in order to educate the American public, lawmakers, and media about the dangerous criminals who came to the United States by abusing our legal immigration system,” the agency’s statement continued.

Only the Homeland Security secretary currently has the authority to disclose this kind of personal information on a discretionary basis to the press. Because of DHS policies and federal rules, USCIS employees are prohibited from making those disclosures to the media.

It’s not yet known if McAleenan has acquiesced to Cuccinelli’s request.