The University of Vermont hosted “Sex Toy Bingo” for students earlier this month. The event was described as “sexperts, sex toy prizes, condom giveaways, and more,” according to reports.

According to a report by Fox News, the program is funded by students’ tuition money. Students pay $1,305 twice per year for a “wide range of services” arranged by the student board. According to a report by the Young America’s Foundation, this board is comprised of almost 40 undergraduates who receive a stipend for their efforts. 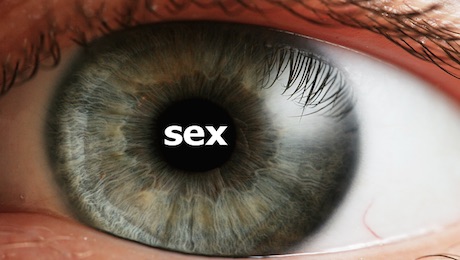 SEX FOR YOUNG ADULTS: The University of Vermont has been using tuition funds to fund “Sex Toy Bingo,” among other programs.

Not all UVM students are thrilled to see their tuition money going toward the sex program. University of Vermont student Jacob Brocklin told YAF he’s “uncomfortable” his tuition dollars “going toward something like this.”

The school posted a copy of a sex bingo card from the previous year’s event on its Facebook page, which Young America’s Foundation has republished online.

Another student, Jacob Brocklin, told YAF: “The Program Board’s mission statement says that they will hold events committed to ‘social justice.’ I don’t understand how giving out sex toys is accomplishing some form of justice.”

YAF reports that the same UVM program earlier in the year hosted a Drag Bingo event.

Mixed reaction from the public

Comments from readers at FoxNews showed that even some who believe there’s a need for new sex education services found this event to be tacky.

“I find it both tacky and enlightened, young adults of college age may have questions and I guess this is a fun way for them to learn. But yep, there’s part of me that still finds it tacky,” one commenter wrote.

Another commenter suggested the nation’s moral compass is lost: “Nothing in these colleges surprises me anymore. How far do you think this would have gone thirty, forty, or fifty years ago. Today’s society has lost their moral compass and the country is in decline because of it.”

A new poll is out on sexual preferences and trends at liberal universities.  According to the report by the Center for the Study of Partisanship and Ideology, “Liberal arts colleges are the least politically diverse. Many have almost no conservatives, and thus very low viewpoint diversity. But they have high sexual diversity, at nearly 40 percent LGBT.”

The same report also cites a general imbalance between political conservatives and liberals in America’s universities. “Democrats outnumber Republicans by a 55-23 margin on campus, and liberals outnumber conservatives 53-21. Elite students are thus two-thirds more Democratic and twice as liberal as the American population,” it states.