Weeks ago we knew that both of Vermont’s federal candidates, Peter Welch and Becca Balint, had accepted the max donation from the crypto billionaire Sam Bankman-Fried, but there was a new discovery from the weekend that shows it reaches further.

While Balint and Welch have promised to donate the money to their own hand-picked non-profits, this just allows them to gain attention for the charities of their choice and continue the fraud that FTX has perpetrated by moving money into yet another Democrat-supported organization instead of giving the money back to the victims who have been defrauded. 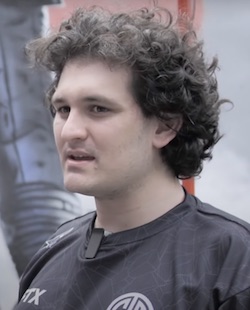 Since the allegations suggest that Bankman-Fried basically embezzled this money from his company, and used it to fund many political campaigns, it also raises questions of whether these personal donations were a way to circumvent campaign finance law, which has a strict prohibition on corporate contributions. Donations directly from the corporations would have been barred – but if the funds go into Bankman-Fried’s personal account first, that would be a loophole.

But Balint and Welch aren’t the only Vermonters who have received cash from the crypto conman. An FEC report confirms that the Vermont Democrat Party also took in $9,753.21 from Bankman-Fried on August 31st this year. Dozens of other Democrat State Parties received similar figures that look like one hefty processing fee short of the $10,000 limit.

This raises many questions about the similar donations. Did Vermont Democrats know where the money was coming from? Did they have any special instructions on what to do with the money, and was it funneled to other out-of-state interests in swing states like Arizona or Georgia to avoid campaign finance limits? Was this donation solicited? By whom? Or did it come in as a random online donation? Did anyone at the VT Dems have contact with this generous donor?

We have never seen this level of fraud so closely tied to political donations that support predominantly (though not exclusively) one political party. While Enron and Madoff were also depriving investors of incredibly large sums of money, Bankman-Fried introduced a new element that moved from greed into a corruption of our political system.

It’s nothing new that millionaires and billionaires have been pouring their money into campaigns on both sides. But Bankman-Friend was the first one not to spend millions of his own money, but millions of dollars that he owed back to his clients. Meanwhile those clients had no idea that he was using it to fund his own political pet projects, some of which likely may have been contrary to their own.

Democrats have to make it right and distance themselves from this corruption. The Vermont Democrat Party should return the nearly $10k it received from Bankman-Fried, so that law enforcement can use that money to make defrauded investors whole. Also the incoming Attorney General has an opportunity to investigate the matter, especially if there are any Vermonters who had investments in FTX. It wouldn’t be the first time that the State of Vermont joined in a lawsuit to protect consumers.

With a broad-reaching scandal like this with donations made across the country, Vermont Democrats must act swiftly and loudly to reject this fraud, work to make it right with the victims and can also call on their fellow states who also profited from this fraudulent theft to do the same.