Two press releases from the U.S. Attorney for Vermont’s office allege a man and a woman over the past two weeks separately committed convenience store armed robberies in Rutland.

The incidents illustrate that Vermont cities outside Burlington are struggling with serious crimes. 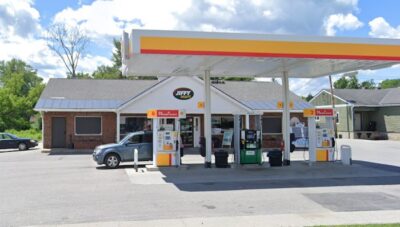 David R. Markie, 40, of Rutland, was arrested on Oct. 5 for “interfering with commerce by robbery” at the Jiffy Mart store located at 215 North Main St. The alleged robbery occurred Oct. 3.

“Markie is alleged to have worn a lime-green face covering in the store while displaying a knife and demanding cash from the register. Investigators were able to locate the distinctive mask and to link Markie to discarded clothing consistent with the clothing worn by the robber,” the release states.

The prosecutor in the case is Assistant United States Attorney Jonathan Ophardt. Markie is to be represented by a federal public defender.

One week earlier, on Sept. 25, a young woman was charged in a robbery of a separate convenience store just about a mile away. Ashley Lobdell, 25, also of Rutland, is alleged to have robbed the Jolley Mart store located at 128 Grove Street.

Lobdell allegedly used a steak knife during the incident.

“Lobdell is alleged to have displayed a large steak knife to the clerk, and demanded cash from the register,” the release states. Investigators used the surveillance video from around the area of the crime to determine her identity.

Ophardt will be the prosecutor for this case, and Lobdell is being represented by Mark Oettinger, Esq.

United States Attorney Nikolas P. Kerest is noted in the release to have praised the collaborative efforts of the local police and Homeland Security Investigations of both incidents.

Both suspects have not yet been formally convicted of any crime yet, and thus are presumed innocent until proven otherwise. Each could face up to two decades in jail if convicted.

Rutland Police have not suffered a major defunding effort like that seen in Burlington. Even so, “crimes like robbery, car theft, burglary and stealing from vehicles and stores went up in 2021 from 2020, but some violent crimes like aggravated assault and forcible rape decreased, according to the Rutland City Police Department crime statistics for last year,” the Rutland Herald reported earlier this year.