MONTPELIER — Gun control lawmakers have introduced two bills in the new legislative session that would impose a handful of limits on the rights of Vermonters to possess a gun.

The bills are H.610, which relates to guns and domestic violence, and H.600, which pertains to suspicious activity reporting for firearms.

According to gun rights advocates, the bills came without advance warning.

“We had no advanced notice of these bills,” Eddie Cutler, president of Gun Owners of Vermont, told True North. “The anti-gun crowd and anti-self-defense crowd were well prepared, and we weren’t even informed that these bills were having hearings.”

According to the bill’s language, the aim of H.600 is to require firearms dealers in certain cases to file “suspicious activity reports” with the Commissioner of Public Safety about people “who have purchased, attempted to purchase, or inquired about purchasing firearms.” 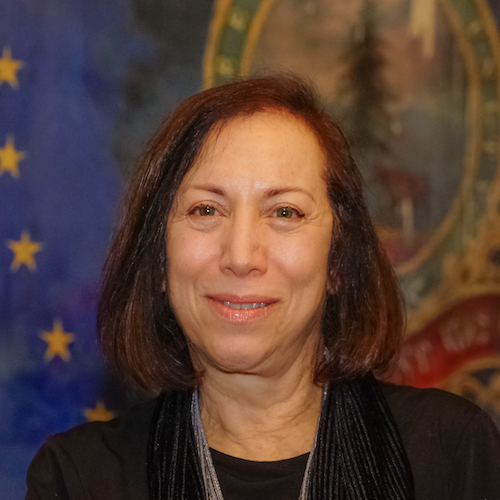 The bill is sponsored by Rep. Linda Joy Sullivan, D-Dorset.

Evan Hughes, vice president of the Vermont Federation of Sportsmen’s Clubs, told True North that H.600 is essentially an expansion of the red flag laws passed over the years in Vermont and other states. Second Amendment defenders say these laws — also known as extreme risk protection orders —  bypass due process while disarming law-abiding citizens.

He said both bills have serious “constitutional and structural problems.”

“The Vermont Federation of Sportsmen’s Clubs has long held that legislation should be based on sound public policy and in compliance with the state and federal constitutions,” Hughes said.

The domestic violence bill, H.610, seeks to “eliminate the ‘default proceed’ process created in Federal firearms background check law (commonly referred to as the ‘Charleston loophole’) by prohibiting the transfer of a firearm unless the National Instant Criminal Background Check System has affirmatively determined that the transferee is not prohibited from possessing firearm.”

Cutler explained the so-caled Charleston loophole refers to one case out of over 82 million FBI background checks. That one case is when Dylann Roof, the mass murderer convicted in the 2015 Charleston, S.C., church shooting, was allowed to purchase the .45-caliber handgun he used to kill nine black churchgoers after the FBI didn’t complete a background check within three business days.

“That was the only one incident that something like that ever happened,” Cutler said. 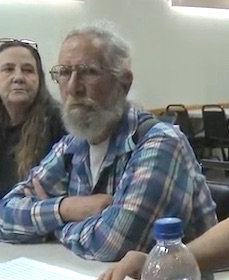 Cutler explained that if H.610 passes, Vermonters must always wait for the FBI to complete its background check. He said while checks typically happen in a matter of days, sometimes they take months.

The bill also would prevent anyone with a relief-from-abuse order from possessing a firearm until the order is lifted. If the person owns guns, a court would obtain information on their location for potential confiscation purposes.

Health care workers also play a key role in H.610. They are called upon “to inform a law enforcement officer when the health care provider reasonably believes that a patient poses an extreme risk of causing harm to himself or herself or another person by purchasing, possessing, or receiving a dangerous weapon or by having a dangerous weapon.”

Cutler said the language is so broad that it allows for a concerned family member to prevent someone from having a gun. He added that those with a relief-from-abuse order would be prohibited from entering any home with guns inside — an estimated 70 percent of Vermont households possess guns.

Last year Gov. Phil Scott vetoed a bill that would have required a 24-hour waiting period to purchase a gun. The year before, Scott signed bills that outlawed standard capacity magazines, required background checks for private gun sales, and raised the age to purchase a gun to 21.

Other gun bills being introduced this year would prevent Vermonters from carrying semi-automatic weapons in most public places, including parks, stores, restaurants, airports, churches, auditoriums, theaters and more.

Cutler noted many of these places are considered private property, which in his opinion sets a new precedent in government intervention.

Bill Moore, firearms policy analyst for the Vermont Traditions Coalition, said he’s not surprised that there are more gun law proposals this session. He did say he didn’t think they would forego due process.

“What does surprise me is the extended reach of these restrictions, and particularly with chairperson Grad’s bill, reaching into and trampling on due process with regards to restrictions of an individual, constitutional right.”

A hearing on H.610 is scheduled to take place in the House Judiciary Committee at 9 a.m. Wednesday, Jan. 15, in Room 10 of the Vermont Statehouse. Cutler and Moore are among 14 witnesses scheduled to give testimony.

Images courtesy of U.S. Customs and Border Protection, state of Vermont and TNR