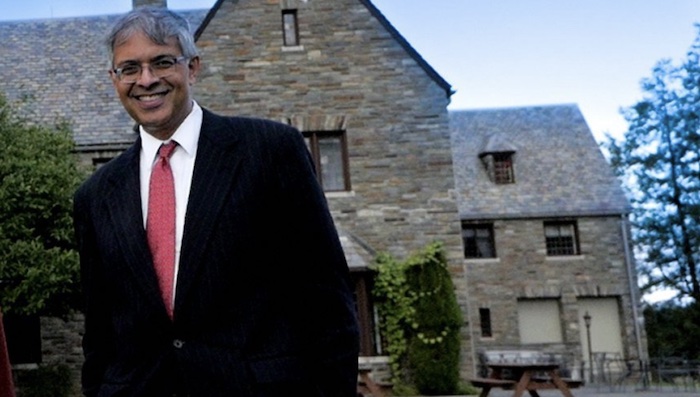 Twitter put Dr. Jay Bhattacharya, a prominent scientific critic of COVID-19 lockdowns, on a blacklist. The Twitter Files reveal how Big Tech creates the illusion of scientific consensus to stifle debate on various issues, including COVID-19, climate, abortion, and gender.

By Tyler O’Neil | The Daily Signal

The Left has long used the notion of scientific consensus as a tool to silence debate on controversial issues, but the Twitter Files revealed just how far some Big Tech companies have gone to suppress legitimate scientific dissent—particularly on COVID-19 pandemic policy.

Dr. Jay Bhattacharya, a Stanford professor of health policy who wound up on a Twitter Trends blacklist after he argued for focused protection of the vulnerable and an end to lockdowns, opened up in an article for The Free Press about the lesson he learned in 2022.

“I learned in a very concrete and painful way the effects of Washington and Silicon Valley working together to marginalize unpopular ideas and people to create an illusion of consensus,” Bhattacharya wrote.

The Stanford professor recalled that after he and his allies published the anti-lockdown Great Barrington Declaration, National Institutes of Health Director Francis Collins dismissed him and his allies as “fringe epidemiologists” and asked Anthony Fauci for “a quick and devastating published takedown” of the declaration. Collins and Fauci collaborated to delegitimize the declaration, even though it was based in scientific principles and even though it predicted much of the now-acknowledged fallout from the lockdowns.

Twitter’s COVID-19 censorship spread far beyond Bhattacharya, as the Free Press journalist David Zweig revealed in an installment of The Twitter Files.

Twitter cast aspersions on the medical opinion of Dr. Martin Kulldorff, an epidemiologist at Harvard Medical School, because he disagreed with Centers for Disease Control and Prevention guidelines on the COVID-19 vaccine.

“Thinking that everyone must be vaccinated is as scientifically flawed as thinking that nobody should,” Kulldorff wrote. “COVID vaccines are important for older high-risk people, and their care-takers. Those with prior natural infection do not need it. Nor children.”

Even though Kulldorff’s statement represented both an expert opinion and the rationale behind vaccine policies in other countries, Twitter deemed it “false information” because it differed from CDC guidelines.

23. After Twitter took action, Kulldorff’s tweet was slapped with a “Misleading” label and all replies and likes were shut off, throttling the tweet’s ability to be seen and shared by many people, the ostensible core function of the platform: pic.twitter.com/Qa1HpaEray

In a particularly egregious example, Twitter took action against a tweet that corrected actual misinformation, using the CDC’s own data.

A user wrote that “since December of 2021 COVID has been the leading cause of death from disease in children.” Kelley Kga, a self-proclaimed public health fact-checker, responded with data from the CDC demonstrating that COVID-19 was not the largest disease-related cause of death among children.

Twitter flagged the tweet as “Misleading,” disabling replies and likes. The platform added a note about health officials supporting the COVID-19 vaccines, an issue the tweet in question did not address.

27. Tellingly, the tweet by @KelleyKga that was labeled “Misleading” was a reply to a tweet that contained actual misinformation.

Covid has never been the leading cause of death from disease in children. Yet that tweet remains on the platform, and without a “misleading” label. pic.twitter.com/vK5NpWg8KT

Rhode Island physician Dr. Andrew Bostom found himself permanently suspended from Twitter after receiving five strikes for misinformation. After Bostom’s attorney contacted Twitter, the company’s internal audit found that only 1 of his 5 violations had been valid.

Yet even that tweet contained legitimate data: Bostom had cited data showing that the flu is more lethal than COVID-19 for children, and that COVID-19 vaccination causes more serious morbidity than flu vaccination for kids.

30. A review of Twitter log files revealed that an internal audit, conducted after Bostom’s attorney contacted Twitter, found that only 1 of Bostom’s 5 violations were valid. pic.twitter.com/ohlmHFOuQX

In another egregious example, Twitter executives seem to have been tempted to censor former President Donald Trump merely for expressing optimism about the pandemic. On Oct. 5, 2020, Trump tweeted that he was leaving Walter Reed Medical Center and said he was “feeling really good! Don’t be afraid of Covid. Don’t let it dominate your life.”

Jim Baker, then Twitter’s deputy general counsel, asked Yoel Roth, then Twitter’s head of Trust and Safety, “Why isn’t this POTUS tweet a violation of our COVID-19 policy (especially the ‘Don’t be afraid of Covid’ statement)?”

While Roth has a history of advocating censorship, he stood with common sense on this case. He noted that “this tweet is a broad, optimistic statement. It doesn’t incite people to do something harmful, nor does it recommend against taking precautions or following mask directives (or other guidelines). It doesn’t fall within the published scope of our policies.”

Zweig noted that “Twitter made a decision, via the political leanings of senior staff, and govt pressure, that the public health authorities’ approach to the pandemic—prioritizing mitigation over other concerns— was ‘The Science’” and targeted information that challenged that view for moderation or suppression.

Yet Big Tech has taken action to suppress dissent from liberal narratives on science on far more topics than just COVID-19.

As I reported for Fox Business in 2021, Facebook has promoted false claims about a climate change consensus by adding fact-check-style “information” notes to various posts.

Facebook launched the “Climate Science Information Center” in February 2021 in the United Kingdom an expanded the effort to more than 100 countries ahead of the COP26 summit in Glasgow, Scotland.

Facebook put a note reading, “See how the average temperature in your area is changing” to certain climate-related posts. The note directs users to a climate center, which states that “the cause of climate change is widely agreed upon in the scientific community.”

“At least 97% of published climate experts agree that global warming is real and caused by humans,” the Facebook center claims. “The myth that scientists disagree on climate change sometimes comes from misleading petitions that don’t accurately represent the climate science community.” Facebook warns that such petitions “typically include non-scientists and scientists working in unrelated fields.”

Other graphics on the Facebook climate center argue that “no natural factors can explain how fast the planet is warming today.”

The 97% claim is not just unreliable, it’s patently false. Facebook’s claim traces back to a study led by John Cook entitled “Quantifying the consensus on anthropogenic global warming in the scientific literature” and published in the journal Environmental Research Letters in 2013.

The study analyzed all published peer-reviewed academic research papers from 1991 to 2011 that used the terms “global warming” or “global climate change.” The study organized these papers into seven categories, combining three categories to come up with 3,896 papers, comparing those with other categories, which made up 118 papers. Yet the study completely discounted the vast majority of the papers it analyzed (66.4%, 7,930 of the 11,944 papers). Only by excluding these papers did the authors come up with a 97% figure.

Many of the scientists who wrote the original papers Cook’s team analyzed complained that this study mischaracterized their research. The survey “included 10 of my 122 eligible papers. 5/10 were rated incorrectly. 4/5 were rated as endorse rather than neutral,” complained Richard Tol, professor of the economics of climate change at Vrije Universiteit.

Big Tech platforms have also promoted pro-abortion messages and speakers over pro-life ones.

A month after the Supreme Court overturned Roe v. Wade, YouTube announcedthat it would “remove content that provides instructions for unsafe abortion methods or promotes false claims about abortion safety under our medical misinformation policies.”

Google has used this policy to ban Live Action’s ads promoting the abortion pill reversal, a practice that has saved at least 2,500 children, according to Live Action President Lila Rose.

Google has agreed to delete location history for those visiting abortion clinics, and in 2018, a Slate writer bragged that her email to Google encouraged the company to change its YouTube search algorithm for “abortion,” promoting groups like Planned Parenthood over videos exposing the gruesome reality of abortion.

Big Tech has also targeted dissent from transgender orthodoxy. In October 2018, the platform expanded its “hateful conduct” policy to include “targeted misgendering or deadnaming of transgender individuals.” Many news outlets, including Focus on the Family’s Daily Citizen, The Christian Post, and PJ Media, along with the Christian satire site The Babylon Bee, have found their Twitter accounts suspended for the crime of referring to Dr. Rachel Levine, a Biden administration official and biological male who identifies as female, as a man.

Levine, the assistant secretary of health at the federal Department of Health and Human Services, has urged medical professionals to advocate for transgender identity and even urged them to pressure Big Tech to “create a healthier, cleaner information environment.” He said this right after lamenting the spread of “misinformation” on “gender-affirming care” and falsely claiming that “the positive value of gender-affirming care for youth and adults is not in scientific or medical dispute.”

While COVID-19 provides the most recent and arguably most egregious example, each of these cases shows how the Left and Big Tech use the illusion of scientific consensus to stifle public policy debates. On the pandemic, climate change, abortion, and transgenderism, the science is not settled in favor of the Left’s policy agenda, and Big Tech themselves are spreading misinformation when they claim that it is.

5 thoughts on “‘Twitter Files’ reveal how the left uses Big Tech to create illusion of scientific consensus and stifle debate, especially on COVID-19”