Around a third of Vermont’s towns have adopted declarations condemning discrimination and committing themselves to welcoming all people, and Bethel was one of the first.

And so far it’s been a “model town,” said J. Alvin Wakefield, one of the men behind the Vermont Declaration of Inclusion initiative, which put together a version of the document for communities to follow. Bethel Selectboard members adopted the declaration September 26. 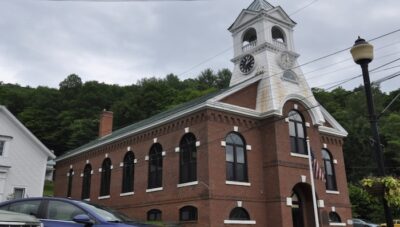 Owen Daniel-McCarter, a member of Bethel’s Equity and Inclusion Committee, said a resident brought officials the idea, and the committee was immediately interested.

“We had already been meeting with the selectboard to find ways to push them to be bold in their commitment to equity,” he said. “A clear declaration invites leadership to step up.”

The group behind the effort includes Wakefield, Robert Harnish, and Norman Cohen. They have been working on it for the past two years, in the wake of wide-scale protests over racial issues.

The declaration—as written by the group—says the signing town condemns racism and other forms of discrimination, welcomes people of any identity, and commits to “fair and equal treatment of everyone in our community.” The signing town also commits to make its actions, policies, and operating procedures reflect those values. Towns can adapt the language to their needs.

But adopting a declaration is only the first step, said those involved. Next comes implementation, when towns must hold themselves to their words.

Since September, Bethel officials and residents have been taking steps to “get comfortable talking about race,” said Daniel-McCarter. This has included training for selectboard members, in-depth talks about essays on racial justice, and making town operations more accessible and transparent.

“We were hearing a lot from the selectboard that young people and marginalized groups weren’t participating enough in town politics,” said Daniel-McCarter, who lamented the lack of diversity at town meetings. But Bethel’s Equity and Inclusion Committee, he said, “thought, there’s a reason these people aren’t showing up. We needed to address why.”

Officials and activists in Bethel have also made progress in making the town constable’s operations more transparent. Daniel-McCar­ter and other committee members wanted to hold law enforcement more accountable and make information available about officers’ interactions with community members, he said. So the committee worked with the constable’s office to send traffic-stop data to the state. The town has two constables.

Daniel-McCarter said the town’s work is far from over. His committee wants to hold community talks for marginalized groups—people of color who farm, for example, or LGBTQ folks, he said. The committee wants people from those groups to find support when they need it.

Franklin was the first town to adopt the declaration. Harnish had a cousin on the Franklin Selectboard who had encountered a similar declaration in Maine and brought the idea to a meeting, Wakefield said.

“Bob [Harnish] thought it sounded like something that could have a larger impact, so he reached out to me,” Wakefield said. “We developed a strategy and decided to go statewide.” Right now, 84 communities out of the 251 in the state have signed a version of the declaration, and the group wants to see the remainder adopt their own too.

Wakefield believes that combatting discrimination begins with looking at a town’s business activity. “You have to ensure the town is really welcoming and not discriminating systematically in its operating procedures,” he said.

For example, he suggested town businesses ensure they consider vendors and employees who come from marginalized communities and that towns educate residents on how to be inclusive.