The Environmental Protection Agency (EPA) is making some critical changes to a rule designed to keep so-called secret science out of regulatory crafting process, sparking anger from Obama-era officials.

The agency walked back an element of the rule Tuesday that sought to restrict the EPA from considering research that is not publicly available. The EPA’s changes require the agency to now give preference to studies with public data rather than research that is hidden from view. 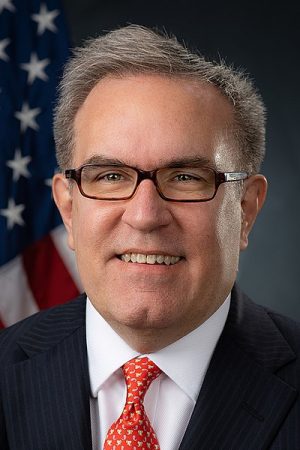 Former EPA Chief Scott Pruitt in 2018 proposed reversing the practice of relying on secretive data in crafting rules. Conservatives have-long lambasted such studies, noting that such “secret science” has been used to craft billions of dollars worth of environmental regulations.

EPA Administrator Andrew Wheeler told the Daily Caller News Foundation in March 2019 that he intended on moving forward on the proposal after replacing Pruitt, who resigned in 2018 after reports suggested he used the agency to further his own political and private ambitions.

The agency has since shifted course slightly. “Other things being equal, the agency will give greater consideration to studies where the underlying data and models are available in a manner sufficient for independent validation,” EPA wrote in the new proposal. Wheeler addressed the changes.

“These additions and clarifications to the proposed rule will ensure that the science supporting the agency’s decisions is transparent and available for independent validation while still maintaining protection of confidential and personally identifiable information,” he said in a statement Tuesday.

The EPA has not responded to the DCNF’s request for comment explaining why the agency is now only give greater consideration to publicly available data.

Obama-era officials, meanwhile, say the change is just as bad as the initial proposal.

“Now is not the time to play games with critical medical research that underpins every rule designed to protect us from harmful pollution in our air and in our water,” Gina McCarthy, a former EPA chief during the Obama administration, said in statement Tuesday responding to the news.

McCarthy added: “This move is even more egregious than the last proposal, which the administration’s own hand-picked scientists criticized.” McCarthy joined the National Resources Defense Council in January.

Past reports showed the NRDC, which has roughly $349.4 million in net assets, worked as a shadow staff for the EPA while the agency worked to implement former President Barack Obama’s climate legacy. Other former Obama acolytes chimed in on the change as well.

“Rather than fixing the flaws in EPA’s proposed rule, this supplemental notice compounds the damage done,” Betsy Southerland, a career EPA official who left in 2017, said in a statement. She was director of the Office of Science and Technology at the EPA’s Office of Water during the Obama-era.