WASHINGTON — The legislation at the center of Wednesday’s Supreme Court case was originally introduced by a black, pro-life, Democratic female state senator who says the legislation will “make sure women are protected.”

Louisiana state Sen. Katrina Jackson introduced the Unsafe Abortion Protection Act, or Act 620, in 2014, which requires abortion providers to have admitting privileges in a hospital within 30 miles of the abortion facility. These admitting privileges would allow a woman to go directly to the hospital if she were to need urgent care. 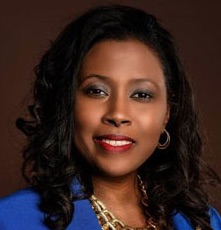 Louisiana state Sen. Katrina Jackson, a Democrat, says the Unsafe Abortion Protection Act will “make sure women are protected” by requiring abortion providers to have high standards of medical care.

But 42-year-old Jackson said the law would protect women from unsafe or unhygienic abortion clinic practices.

“Just as Louisiana cares for the life of the child, it’s somehow a big secret that we also care for the life of the mother,” Jackson said at a Tuesday press conference in Washington, D.C., where both she and other Louisiana lawmakers deplored dangerous practices of Louisiana abortion clinics. They also emphasized the need for abortion doctors and abortion facilities to meet the same medical standards as hospitals.

“Louisiana stands together with women everywhere because we just don’t fight for us, we fight for our daughters, our nieces, and our aunts and everyone who’s yet to come, who has a decision to make,” the state senator said.

This sums up what being a Whole Life Advocate means!!! It means we fight for life at every stage!!!

I am honored to serve in Louisiana with Governor John Bel Edwards and Donna H. Edwards who stand for life at every stage of lifehttps://t.co/dTY8bgDACJ

Jackson’s pro-life stance set her apart from many of her Democratic peers and alienate her from pro-abortion groups like Planned Parenthood that say abortion is particularly necessary for women of color.

Jackson told the Daily Caller News Foundation that she does not legislate based on race issues or political party.

“I represent people of all races and all parties, I represent males and females,” she said, but she noted that the majority of Louisiana districts are overwhelmingly pro-life and overwhelmingly want restrictions on abortion.

“All the Southern states, we really uphold family values,” Jackson added. “And so being pro-life is a family value for us.”

“And also in doing so we do not pass judgment on a woman who chooses to have an abortion because it’s legal,” she told the DCNF. “But we do make sure that what she chooses is safe.”

The state senator said that at this moment in politics, she does not feel that the Democratic Party is accepting of her pro-life stances.

“I need them to be successful because I am a pro-life Democrat, and I am a whole life Democrat which means that I believe in life from conception to death, and so I have to advocate for those things,” she added.

Images courtesy of Wikimedia Commons/Public domain and state of Louisiana