By Tom Gantert | The Center Square

Former President Donald Trump said his Mar-A-Lago home in Palm Beach, Florida, was “under siege” and raided by FBI agents on Monday.

Trump made the comments in a post on his social media platform Truth. 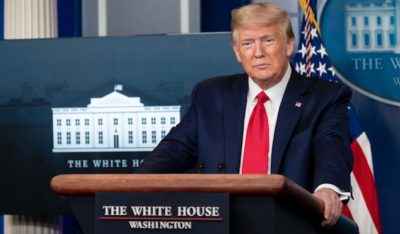 “It is prosecutorial misconduct, the weaponization of the Justice System, and an attack by Radical Left Democrats who desperately don’t want me to run for President in 2024,” former President Donald Trump wrote.

“Nothing like this has ever happened to a President of the United States before,” Trump wrote, adding “These are dark times for our Nation …”

Various media outlets cited anonymous sources who stated the raid was part of an investigation into the handling of presidential documents that were classified and may have been at Trump’s Florida home.

Trump, who was in New York at the time of the raid, said it was done by a large group of FBI agents – as many as 30 – and was unannounced.

“It is prosecutorial misconduct, the weaponization of the Justice System, and an attack by Radical Left Democrats who desperately don’t want me to run for President in 2024 …” Trump wrote.

Trump said the FBI agents also broke into his safe.

“What is the difference between this and Watergate, where operatives broke into the Democratic National Committee?” Trump asked.

The former president added that America has become a “broken, Third-World” country that was “corrupt at a level not seen before.”

Florida Gov. Ron DeSantis, on his campaign Twitter account, criticized the raid and contrasted it with the lack of prosecution of and media scrutiny into President Joe Biden’s son, Hunter Biden, who made large sums of money in business dealings overseas while his father was vice president, among other allegations leveled against Hunter Biden.

“The raid of MAL is another escalation in the weaponization of federal agencies against the Regime’s political opponents, while people like Hunter Biden get treated with kid gloves,” DeSantis wrote. “Now the Regime is getting another 87k IRS agents to wield against its adversaries? Banana Republic.”

23 thoughts on “Trump: FBI raid of Mar-A-Lago is ‘prosecutorial misconduct’”