Fifty-seven state legislative seats up for election in Vermont this year are open, meaning no incumbents filed to run. This represents 32% of the state’s legislature, a marked increase compared to recent election cycles.

Since no incumbents are present, newcomers are guaranteed to win all open seats. 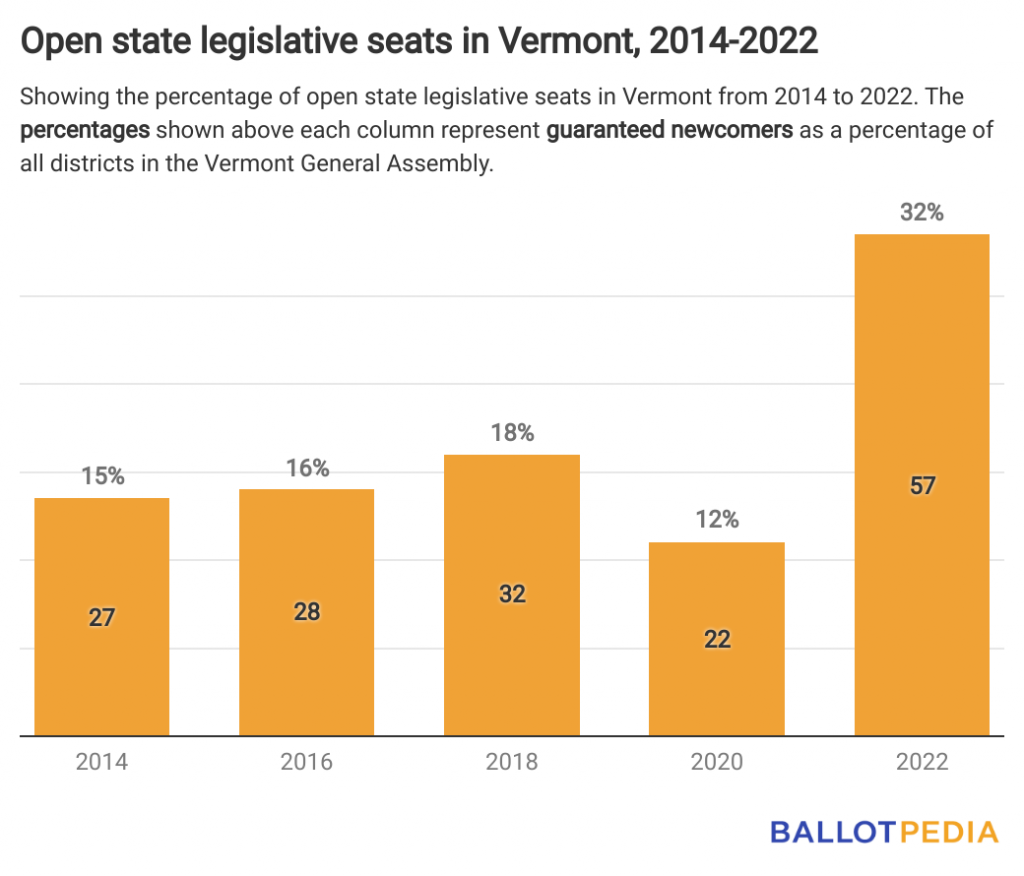 While the number of open seats increased this year, other competitiveness metrics—like the number of contested primaries—decreased compared to the 2020 election cycle.

Across all districts, there are 24 contested primaries, representing 10% of all possible primaries.

A contested primary is one where there are more candidates running than nominations available, meaning at least one candidate must lose.

There are 17 Democratic primaries, a 23% decrease from 2020. Republicans are holding seven contested primaries, the same number as in 2020. 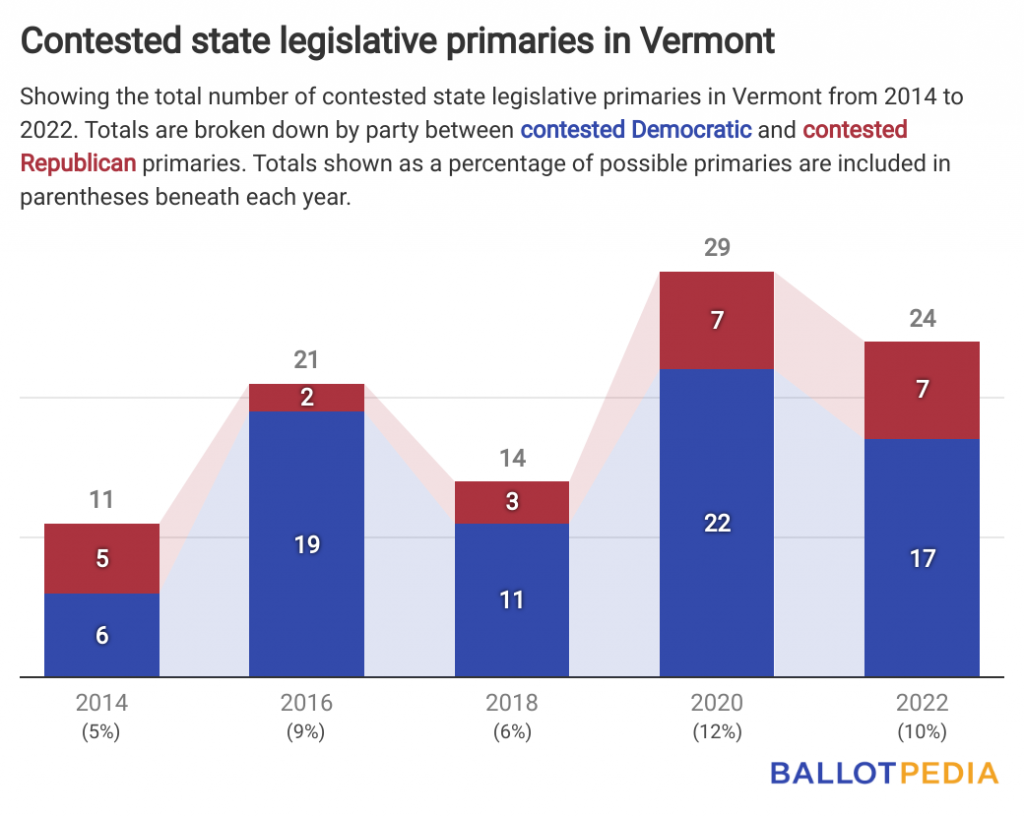 Overall, 276 major party candidates filed to run for the state’s 150 House and 30 Senate seats this year: 174 Democrats and 102 Republicans.