In November 2017, Vermont game wardens received a report that Clyde Bovat of Hinesburg had hunted deer illegally at night. “After arriving at Bovat’s property, they looked through the window of his garage and saw deer hair on his truck and other evidence of illegal hunting. The wardens then got a search warrant for the garage,” the Associated Press reports. 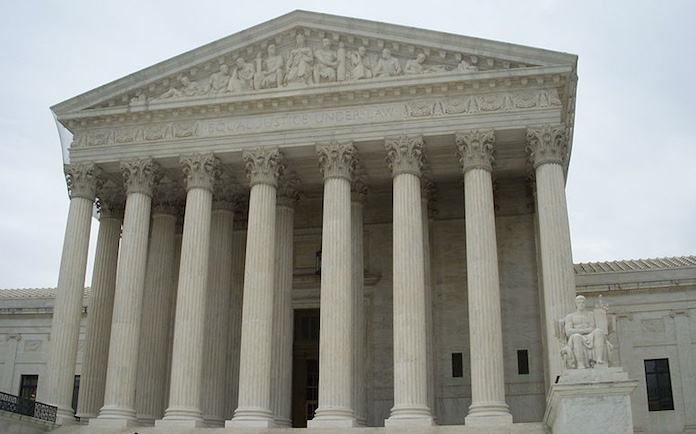 Bovat tried to suppress the evidence on the grounds that it violated his Fourth Amendment rights. For a refresher, the Fourth Amendment reads, “the right of the people to be secure in their persons, houses, papers, and effects, against unreasonable searches and seizures, shall not be violated, and no Warrants shall issue, but upon probable cause, supported by Oath or affirmation, and particularly describing the place to be searched, and the persons or things to be seized.” Bovat was convicted in 2018, lost his hunting license for three years and was fined $607. In the fall of 2019, the Vermont Supreme Court upheld Bovat’s conviction, “ruling the wardens had the right to be in his driveway and the garage window was in plain view.”

But three Supreme Court Justices had strong words for the actions of these state officials. “The Fourth Amendment hardly tolerates the sort of meandering search that took place here,” said Neil Gorsuch, who was nominated by President Trump in 2017. “The wardens violated the Constitution, and the warrant they received premised on the fruits of their unlawful search was thus tainted.” Justices Sonia Sotomayor and Elena Kagan (both nominated by President Obama) joined Gorsuch in condemning the Vermont game wardens.

The Vermont Department of Fish and Wildlife said it would review “how its game wardens conduct searches.” But Department Commissioner Louis Porter didn’t sound chastened when he noted that the full nine-member Supreme Court declined to hear the case and the illegal hunting conviction stands.

That brush off should not diminish the condemnation of three justices. The Supreme Court only accepts 100-150 cases out the 7,000 requests it receives each year (1-2%), and most of those 7,000 never receive even a sentence of opinion.

The Fourth Amendment is not something Vermont state employees should trifle with, and they were close to receiving a legally binding scolding.

In a world of partisan bickering, it is refreshing to know that the representatives of the judicial branch of government can get together to issue such a statement, no matter how brief. Indeed, in the Supreme Court’s most recent term, which ran from October 2019 to June 2020, the court ruled 9-0, 8-1, or 7-2 66% of the time. Only 14 cases (23%) were decided 5-4. In today’s hyper partisan world, the Supreme Court has a rule of consensus, with disagreement being the exception. In the event that the presidential election could be decided by the Supreme Court, we can remain hopeful that the Court will rise above politics.

You can the read the full Bovat saga here.