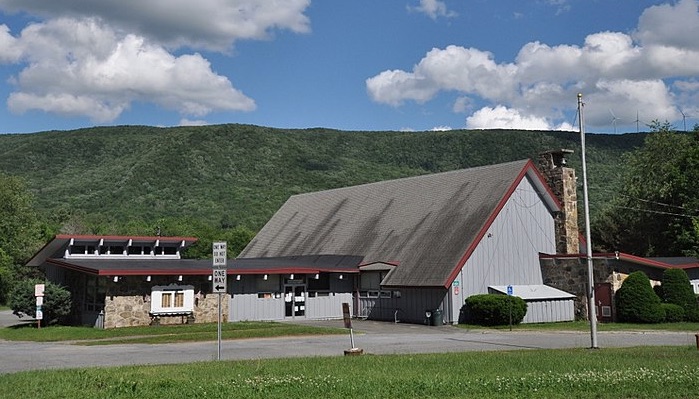 FREE FROM COVID CONTROLLERS?: The town of Stamford, Vermont, is one of the few communities in the U.S. to use municipal powers to opt out of state coronavirus regulations.

Stamford, Vermont, made national headlines after it voted to opt out of Vermont’s state of emergency and allow its citizens to go back to living normal life again. Now the Selectboard is consulting with its lawyer on how to respond to Vermont Attorney General TJ Donovan, who claims the town doesn’t have the authority to assert autonomy.

The Dec. 30 letter from the attorney general makes the argument that the town can only opt out of a state emergency for a natural disaster, but not for a virus.

Michael Denault, a member of the Stamford Selectboard, says the orders from the state violate his constitutional rights.

“We all respect each other, but I can tell you my strong opinion is that no matter what our differences of opinion are, upholding the Constitution of Vermont and the United States [is essential], and whenever I feel that’s not being held I’m going to say something,” he said at the Jan. 7 board meeting. “If the government of Vermont threatens us by financially or whatever … that still does not give us the right not to uphold the Constitution.”

Denault said the town would be talking with Walden-based lawyer Deborah Bucknam on how to respond to Donovan’s letter. Bucknam, who also is vice chair of Vermont’s Republican Party, published a commentary in December that argued Title 20, Section 13 of Vermont law allows towns to terminate a state of emergency order.

For now, the town is following the governor’s state of emergency order, even though it voted to opt out during the final week of December. Denault acknowledged that the town government is in uncharted waters.

“This is new, we’ve never seen this before,” he said. “So we’re doing our best and hopefully we are upholding the Constitution.”

Denault also said in the meeting that several other Vermont towns have reached out to potentially join in this push back against the state.

Since summer of 2020, Vermont has ordered strict mask and distancing policies for all public places, as well as capacity limits and other restrictions on different industries. Vermont has had 158 deaths associated with the coronavirus.

Denault said that not all of the information on the coronavirus matches what’s being described by the state.

“I’m not a doctor, I’m not a scientist, but I have read other articles in contradiction to the things [on wearing masks] that were mentioned in the past meetings about masks,” he said.

Not everyone present at the meeting agreed with opting out of state COVID regulations. Board member Christopher Warren opened the meeting by reading his resignation letter to the board.

“While this fight may not cost the town monetarily, as support for this comes in from other parts of the state and likely the country if things progress far enough, it has and will continue to cost our town in other ways,” he said.

Maura Hopkins who was the town’s health officer and assistant health officer for over 23 years, also argued against going against state health regulations.

“You do not have the power to use this office or this town as a microphone for your personal use,” she said to the board. “By taking this step you are violating your commitment to uphold the rules of thesState of Vermont. It is also a powerless action and an ethical failure. … The actions of those of you that voted on it is meaningless, and it’s weak, and by taking it your are violating your obligations and you disturb the needs and interest of this town.”

Local resident Laura Champagne spoke in favor of pushing back against the state.

“It’s all about the Constitution, and we’re trying to stick up for people’s rights and head off some bad things that might happen, and that’s it,” she said. ” …  I don’t even know that I want the vaccine because I’ve heard that people have had some really bad reactions.”

“Having disagreement is part of business,” she said. ” … That doesn’t mean the board is dysfunctional, it brings more ideas to the table. People need to have open minds and respect each other whether in agreement or not.”