This commentary is by Tom Licata, a resident of Burlington.

Progressivism is a euphemism for socialism, and in Marxist theory socialism is the bridge between capitalism and communism. And while socialism’s ends remain the same — the domination of the individual soul by the State — its means have evolved in response to its failure.

After World War II, it became ‘self evident’ to the academic socialist left that Karl Marx’s vision of socialism failed. That vision included the ‘proletariat’ overtaking the ‘bourgeoisie’ and instituting a kind of shared and communal existence that would replace the competitive free-market system. Instead, post-World War II capitalism gave many of the supposed ‘poor’ a comfortable middle class, if not rich, lifestyle. Marx’s class conflict theory failed. 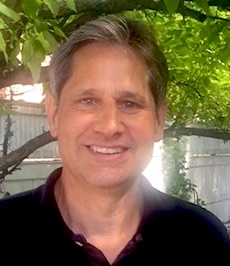 The academic socialist left began to retool their means to achieve their ends. This project is fully on display within today’s progressive-Democrat party, our academic institutions and the vast majority of our media complex.

Today’s ‘means’ are what I would describe as a kind of postmodernist, neo-Marxist, critical theory ideological amalgamation. They are postmodernist in the sense that they reject large portions of Enlightenment thinking such as reason, rationality, open debate and liberalism writ-large — they’re now essentially illiberal; neo-Marxist in the sense that class conflict of rich versus. poor has been replaced with conflict of race, sex and sexuality; critical theory in the sense of using constant criticisms and outright lies to deconstruct American’s founding principles and institutions in order to start anew from year-zero — a kind of redo of the French Revolution.

You cannot defeat the ideology of progressivism without comprehending its philosophic ends, nor succeed over it without knowledgeable conviction of your defense.

Progressive ideology derives from the philosophy of history (recall President Obama’s ‘arc of justice’) with its ends in the rational-scientific, near-unlimited Hegelian Administrative State. American constitutionalism derives from the philosophy of natural law and rights, with its ends in the individual soul and requiring a limited government necessitated by God and nature.

John Dewey, Vermont born and educated and probably the foremost Progressive public thinker of early 20th century, flaunted contempt for the philosophy of natural rights, writing, “Natural rights and natural liberties … exist only in the kingdom of mythological social zoology.”

And then there was this quote from President Woodrow Wilson in 1908: “No doubt a great deal of nonsense has been talked about the inalienable rights of the individual.” And Wilson perfectly capture’s progressivism’s metaphysics or essence of mankind with this paraphrase: Man is first a member of the community and only secondarily is he an individual.

And then there is this from President Franklin Roosevelt in 1932: “The Declaration of Independence discusses the problem of government in terms of a contract. … Under such a contract rulers were accorded power, and the people consented to that power on consideration that they be accorded certain rights. The task of statesmanship has always been the redefinition of these rights in terms of a changing and growing social order.”

What follows from this progressive ideology is that intelligence becomes “a social asset,” and because it is society — and not the individual or his God-given talents — that makes the mind, it is society that is the rightful owner of that human intellect and the property derived from it. This is the philosophy behind the “you didn’t build that” dictum of Elizabeth Warren’s failed presidential campaign.

These statements indict themselves in derisively refuting the principles that American constitutionalism was founded on. FDR is most explicit in remaking the whole meaning of the Declaration into positive rights granted by all-powerful “rulers,” with these rights redefined in the philosophy of history “in terms of a changing and growing social order.”

So, no eternal law and no natural law — only “changing and growing” human law.

This is where the shift into postmodernism enters, where reality itself is socially constructed through language, discourse and power-hierarchies. Say something enough times with mass coercion and media saturation, and this is how men can become women and women can become men; this is where racism doesn’t derive from the individual heart, but from the American air that you breathe.

Without meaningful debate or refutation, progressivism has nearly delegitimized natural rights philosophy and constitutionalism to near obsolescence.

And on this Dewey was ominously prescient: “intellectual progress usually occurs through sheer abandonment of questions … that results from their decreasing vitality and a change of urgent interest. We do not solve them: we get over them.”

At Gettysburg, President Abraham Lincoln called for a constitutional rebirth — as we should now — when he said: “That this nation, under God, shall have a new birth of freedom.”

This freedom is at risk, as progressivism and constitutionalism are irreconcilable. And herein lies our House Divided — and America’s existential choice.

14 thoughts on “Tom Licata: Progressivism and constitutionalism are irreconcilable”