Gina McCarthy is a former EPA Administrator and the outgoing US National Climate Advisor. Her article lauds projected increases in electric vehicle sales and wind power in the United States and the subsidies the Biden administration has gotten through Congress towards those goals. She ignores, of course, rising energy costs caused by the Biden Administration war on drilling and pipelines. In a narrow sense, she is right that the US economy is still doing very well. 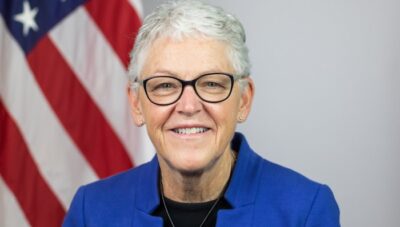 But then there are our friends in Europe. See the headline and the associated story. Many factories there cannot afford to operate given their current energy costs. Production is shifting from Europe, often to the US; but beggaring our allies is not a good strategy for world peace, the world economy, or the environment. World prices for oil are lower than they were before Russia invaded Ukraine but much higher than they were when Biden took office. Those prices went up and stayed up because the US is producing less oil than it did previously and than it could be producing now. You can thank Gina McCarthy and her boss for that shortfall.

Putin didn’t as much cause high energy prices as take advantage of them both to finance his Ukrainian mis-adventure and to attempt to coerce his European customers into acquiescence. Russia’s refusal to send gas to Europe has further increased the cost of that commodity as well as electricity which is mostly generated from natural gas despite the European rush to renewables.  There simply would not be enough gas to keep Europeans warm and run their factories this winter if the US were not shipping huge supplies there. Good thing for everybody that we didn’t ban fracking the way that most of Europe did – and the way the Biden administration would still like to do here.

Europe’s vulnerability stems from climate hysteria. There’s nothing wrong (except maybe the cost) with deploying wind and solar as Europe had done. There’s everything wrong with banning fracking and refusing new leases for oil and gas before a green alternative is in place. Europeans told themselves they were being green when they outsourced their growing need for natural gas and oil to Russia. Germans felt particularly environmental when they decided to shut down their nukes in an over-reaction to Fukushima. Now they’re trying to keep the last few nukes running and burning massive amounts of coal. Still they can’t keep the factories running.

In the short term, Americans are gaining jobs as European production shuts down and/or can’t compete. For our own  future, we must look at what’s happening to Europe now as an object lesson in what happens if you shut down traditional energy sources before you actually have a domestic replacement.