When former President Barack Obama made universal pre-kindergarten education a national goal and a household term during his 2008 campaign for the White House, many Vermont Democrats and Progressives responded with an effort to adopt a one-size-fits-all public education version for the Green Mountain State.

The mantra among universal pre-K advocates is its alleged benefits to young children, especially those coming from low-income families. 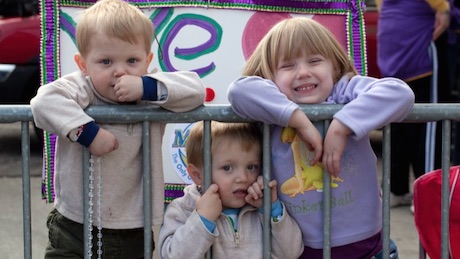 Pre-kindergarten programs are expensive for taxpayers, but do they produce any educational benefits? Critics say no, but well-funded advocates of pre-K programs say they are desperately needed.

Dr. Jamie Zibulsky, an associate professor of psychology at Fairleigh Dickinson University, along with Dr. Anne Cunningham, penned a rallying cry in a 2014 book for pre-K education titled, “Book Smart: How to Develop and Support Successful, Motivated Readers.” The book aims to demonstrate the benefits of early exposure to written language through universal pre-K programs.

The authors maintain that pre-K educated children have better social and emotional skills and are better motivated to keep learning. They tend to avoid risky behaviors, stay out of the juvenile justice and penal systems, find jobs and stay employed, Zibulsky has stated in interviews.

But opponents of universal pre-K, such as Dr. Justin Wolfers, an Australian-American professor of economics and public policy at the University of Michigan and a senior fellow at the Peterson Institute for International Economics, say pre-K is unnecessary. Existing programs like Head Start already do the job the universal pre-K movement claims to champion, and needy families already have access to financial subsidies. And don’t moms and dads already provide the best pre-kindergarten learning nature has to offer?

In Vermont, the pros and cons of universal pre-K fall along party lines. Democrats and Progressives largely support it; Republicans and libertarians mostly oppose it. Yet much to the surprise of Vermont conservatives, Republican Gov. Phil Scott has been supportive of state pre-kindergarten expansion.

During the 2016 campaign for governor, Scott said, “High-quality, affordable child care is very important. … I will support the accountable implementation of Vermont’s universal pre-kindergarten law, Act 166, and build upon its likely successes.”

Act 166 provides for universal access to publicly funded pre-kindergarten education, but its rules are implemented by the Agency of Education, in collaboration with the Agency of Human Services.

The most active and vocal campaign for universal pre-K in Vermont is called Let’s Grow Kids. The campaign’s directors and staff tout U.S. Census Bureau data indicating that more than 70 percent of Vermont children age 6 and under have both parents in the labor force, and therefore need child care. The Vermont Department of Health claims approximately 12,846 infants and toddlers under age 3 need some level of child care.

Despite apparent support for pre-kindergarten in Vermont, detractors in the state say the program is expensive for taxpayers and offers no tangible educational benefit. 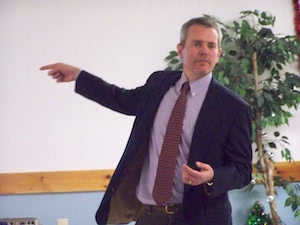 Rob Roper, president of the Ethan Allen Institute, is a vocal critic of taxpayer-funded pre-K programs.

“The Vermont legislature will once again be debating how to expand taxpayer funded Pre-K services. A ubiquitously cited reason why we should do this is that, ‘Every dollar spent on high-quality early care and learning programs yields a return on investment that ranges from $4–$9.’ This is, in the vernacular of the day, Fake News,” Roper wrote in the EAI blog.

Roper says studies of programs similar to the one Vermont is pursuing show that pre-K has no “meaningful benefit.” He points to the 2015 Vanderbilt University study of Tennessee’s program, which found that pre-K students “did worse by third grade than students who had attended elsewhere.” A 2010 Head Start Impact Study found “the advantages children gained during their Head Start and age 4 years yielded only a few statistically significant differences in outcomes at the end of first grade.”

Yet Let’s Grow Kids continues to receive an undisclosed amount of money for the cause — enough to support a large team of directors, coordinators, regional field managers and support staff.

Where does Let’s Grow Kids get the funds for its advocacy work? Financial backing is provided by the Permanent Fund for Vermont’s Children, a 501(c)3 nonprofit organization launched in 2000 with a mission of “ensuring access to high-quality, affordable child care for every Vermont child by 2025.”

Founded by Rick Davis, voted Vermont Philanthropist of the Year in 2006, the Permanent Fund is called a “supporting organization” of the Vermont Community Foundation, a separate entity that “manages the Permanent Fund investments and handles all administrative tasks including processing donations,” according to the group’s website.

The Vermont Community Foundation website reports that its donor base “is made up of hundreds of generous individuals, families, businesses, and nonprofit organizations.” The donors listed on VCF’s website advocate what many consider left-leaning causes.

“Vermont has been expanding universal preschool programs in earnest for a decade. Since then, the classes of fourth graders who have matriculated through the system having had greater access to ‘high quality’ early education have seen their standardized test scores drop,” Roper wrote in a commentary. “The data doesn’t exist (or I’m unaware of it) to determine if this is causal or coincidental, but it is certainly worth serious investigation before we pour hundreds of millions of dollars into a program that may be doing more harm than good.”

Lawmakers in Montpelier seem largely unfazed by the program’s high cost or questionable results. Instead, all discussion in this year’s committee hearings seems centered on how to expand Vermont’s pre-kindergarten program beyond the 10 hours per week currently offered through Act 166. Aside from Roper and the Ethan Allen Institute, expansion has few opponents — certainly not the Republican governor.

But at least one Democrat has spoken candidly about what pre-K expansion might mean for society. State Rep. David Sharp, D-Bristol, speaking to the House Education Committee during the 2017 legislative session, asked fellow lawmakers a probing question that few in Vermont have dared to answer:

I applaud your [pre-K advocates] efforts, but are we creating these agencies to replace parents because we’ve created a culture where mom and dad get up every day and go do work and aren’t a part of their kids’ lives? Did we create this problem by creating a culture where children are without parents for so much of their life?

4 thoughts on “The well-funded, ongoing campaign for universal pre-K in Vermont”