As minority leaders in the Vermont House and Senate, we once again find ourselves frustrated by legislative proposals from the majority that leave us questioning how Vermont can sustain itself. Priorities are askew and fiscal discipline does not seem important. Some examples are in order. 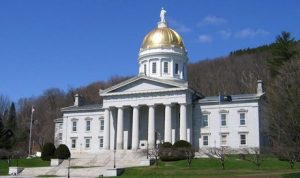 Vermont’s Governor Phil Scott and New Hampshire’s Governor Chris Sununu joined together in an historic attempt to provide the citizens of both states with a sustainable and voluntary family leave concept.  The Vermont House passed H.107 instead, a mandatory plan that demands every Vermont employee contribute towards a newly created $80 million dollar revenue stream.  They must contribute, whether they will ever use the benefit or not. As our workforce ages and declines, that revenue stream cannot be sustained without greater amounts of money extracted from our citizens. This threatens to mirror our teacher pension commitments that have fallen far behind.  Should this bill now pass the Vermont Senate, our only hope is that it does not do so by a veto-proof majority.  We trust that Governor Scott’s veto pen will recognize H.107 cannot be sustained by a shrinking workforce and general public already far too burdened by present demands.

The State remains obligated to clean up Lake Champlain, but to do so we must have a sustainable revenue stream.  Governor Scott proposed taking $8 million from the estate tax, a revenue stream that has consistently provided much more than that annually over the past decade.  But that money has now evaporated into other legislative projects, and no longer exists as a funding source for water quality projects.  Unfortunately, our obligation continues, which means we will now have to raise existing taxes and fees and/or create new taxes and fees to meet our responsibility.

Under the guise of promoting home weatherization, H.439 would double the fuel tax rate on oil, propane, kerosene and dyed diesel.  This increase, to benefit comparatively few on an annual basis, would immediately impact the vast majority of Vermonters who must continue to use these fuels to survive. The impact would fall hardest on those who are poor and come from the most rural areas of our state.

H.478 would establish a task force at taxpayer expense to consider payment (“reparations”) to descendants of slaves and a direct apology on behalf of the State for whatever role Vermont may have played in that institution.  All agree that slavery remains a horrible stain on our country’s heritage, so the bill appears noble on its face.  But are not descendents of the Abenaki entitled to make an argument for reparation and apology as well?  Can or should Vermont use its limited resources to make amends for past wrongs done to specific groups with valid claims?  We’d point to our Constitution for the answer.  First, to the specific request, Article 1, Chapter 1 established historical precedent by forbidding slavery in the newly created state.  Second, the general intent language of Article 7, Chapter 1 (commonly known as the “common benefits clause”) discourages use of government … “for the particular emolument or advantage of any single person, family, or set of persons.”  We are proud that Vermont leads the way in educational reforms, workforce diversity training and criminal justice reforms to eliminate disadvantages for living citizens, but Vermont’s limited resources simply cannot be used to rectify past cultural wrongs.

In a well-intentioned effort to improve alleged shortcomings in our child care systems in 2015, increased pay and licensing mandates were imposed that resulted in a devastating loss of home care providers unable to meet those expectations.  Now, instead of reversing those mandates, the majority is talking about correcting the problem with increased funding subsidies from revenue streams yet unknown.

Watching these proposals unfold is somewhat like observing a family that keeps borrowing up on a home mortgage they already can’t afford, to buy new things that seem exciting in the moment.  Additional taxes and fees, proposals for benefits that are unnecessary or unsustainable, failure to fund pension obligations that results in a downgrading of our bond rating- these things cannot go on without consequences.  In just a few short years we’ve increased our spending by over $1 billion dollars, to the point where our overall budget now exceeds $6 billion dollars, yet we cannot fix our roads or pay for the cleanup of Lake Champlain. Vermont Republicans believe we need to live within our means and adhere to the constitutional principles that bind us as a society.  Please help us spread that message.

11 thoughts on “Minority leaders: The majority’s legislative priorities are askew”