State officials have been making the rounds this fall to celebrate a landmark achievement: After testing nearly every water tap in Vermont’s schools and child care facilities over the last five years, thousands of lead-tainted taps have been replaced or are no longer in use.

The testing marks a success for Act 66, the 2019 law requiring those facilities to test taps used for drinking and cooking water; it was enacted after a smaller-scale trial.

But what Department of Health leaders have avoided addressing in their press tour is the extent of the problem that testing revealed: Nearly half of the more than 15,300 taps tested contained unsafe levels of the dangerous metal. 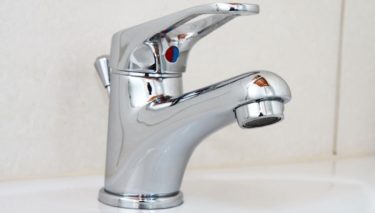 One in every five taps tested was at or above the level requiring that it be removed, because it has a higher chance of harming children. Thousands of lead-tainted taps have been replaced or are no longer in use.

Lead is a highly toxic metal that children are especially vulnerable to, as they absorb lead more easily than adults do. No level of lead exposure is considered safe, and it accumulates in the body, being primarily stored in the bones. Consuming lead can result in irreversible damage to the brain, kidney, ears, liver, lungs, nervous system and heart. It’s associated with numerous illnesses and even death.

Some areas of the state reported particularly dangerous concentrations of the toxic metal, which can build up in the body to wreak havoc on children’s health. Barre public schools, for instance, had almost half of the 10 taps with the highest levels of lead in their water. At Harwood Union High School in Duxbury, almost 70 taps needed to be taken out of service because the water coming out of them contained so much lead.

In a handful of cases, results were extreme: 37 taps tested showed results greater than 100 times the limit that the state deems unsafe; five taps had results above 1,000 times that limit.

The data shows a broad swath of water systems in schools and child care centers that could have exposed kids to — or at least elevated their risk of incurring — permanent health damage.

During the years most of the testing occurred, from 2017 to 2021, about 2,115 kids under age 6 were poisoned by lead in Vermont, according to state data. There is no publicly available data connecting the contaminated taps with the child lead poisoning cases. There also is no way of knowing how long some of these contaminated water systems ran the risk of harming kids — or how many kids used them.

When asked by Vermont Public in October about the risk kids may have faced before taps were replaced or taken out of service, Health Commissioner Mark Levine chose to highlight the low costs of remediation and how children are more commonly exposed to lead via paint chips and antiques than through water.

The data also highlights broader concerns about aging infrastructure in Vermont and about how health officials equip the public — especially parents — to evaluate test results.

Lead exposure regulations set a limit beyond which action must be taken to limit lead levels.

The federal Lead and Copper Rule looks at the risk for corrosion, rather than direct health impacts. It sets the action level for lead at 15 parts per billion.

As of March 22, more than 2,000 taps that required action in Vermont have been fixed or, in most cases, replaced.

According to David Grass, senior environmental health program manager at the state Department of Health, some of the most extreme cases were in taps that weren’t often used or had already been sealed.

“Some of the highest levels of lead in drinking water that we saw were in sinks that were infrequently used, were in a couple drinking water samples that were taken from taps that had not been used at all or were valved off,” said Grass, who oversees the tap testing program.

Still, results point to about 7,000 taps that were polluted with lead, with more than 200 having lead test results at or above the more lenient federal rule.

How concerned should you be?

The state Department of Health and federal Environmental Protection Agency both say there is no safe level of lead exposure.

But statements like that are abnormally broad, as health regulations for most other pollutants usually have a level at which people should be concerned and below which they should not, said Marc A. Edwards, a Virginia Tech researcher who helped lead testing efforts during the height of the water crisis in Flint, Michigan, and has testified before Congress on problems with public education about lead.

“They say no amount of lead in drinking water is safe,” said Edwards, who otherwise complimented Vermont’s proactive approach to lead. “Well, more is worse.”

Vermont is one of 18 states that mandates lead testing in schools. Each state chooses its own action level. Edwards praised Vermont’s: “The 4 parts per billion (action level) is actually quite conservative compared to that used in other states, meaning (Vermont officials) are trying to identify and fix more problems” than other states are.

But the state’s process for notifying parents of test results raises questions. Parents were notified about the results of the Act 66 testing through mailed letters, which consisted of broad statements surrounding lead health impacts of lead and a table summarizing test results. In the letters, parents got no advice about how concerned they should be about different tiers of lead levels.

That failure to give parents the information they need to interpret the test results creates “angst and confusion,” Edwards said. Public education in America surrounding lead health risks has been a disaster, he said.

When asked how parents should interpret tap results from schools and child care centers, Grass, the testing program manager, said parents should assess the totality of lead risk and would not comment on what tap results merit specific actions or degrees of concern.

Schools and child care drinking water is not the only source of lead, and state officials have emphasized that lead consumed through water systems often acts more as an aggravator for more intense, day-to-day lead exposure at home.

Grass recommended removing peeled paint chips in and outside of the home if the dwelling was built before 1978. He also suggested parents test drinking water at home and figure out if a parent or caregiver works in an industry with high lead exposure, such as metal production and demolition.

A 2021 report to the Vermont House and Senate committees on education found that the average Vermont public school was built in 1960. Up until the 1950s, it was common for lead pipes to be used for drinking water systems, and solder containing as much as 50% lead was used to join water pipes until it was outlawed in 1988.

It will be easier now, he said, after passage of the federal infrastructure law earlier this year, which will bring “upwards of $265 million over the next five years to the drinking water program” in Vermont.

He called that figure “a once-in-a-lifetime amount of money coming from the federal government.”

Montross also pointed to Vermont’s Drinking Water State Revolving Loan Fund, a program responsible for ensuring that funding is distributed to where it is needed, as a way for the state to continue to limit the public’s exposure to lead in water systems.

Pipes and other water fixtures in people’s private homes and buildings can’t be regulated entirely, he said, even if some of those fixtures might bring higher lead levels into the greater water system. But all of Vermont’s public drinking water infrastructure is in compliance with the Lead and Copper Rule, he said.

With Vermont’s aging drinking water infrastructure yet to be replaced, routine lead testing will remain an important tool for keeping Vermont’s children safe. The Department of Health requires testing of schools and child care facilities every three years to make sure of it.

Edwards, the Flint lead researcher, spoke to the importance of continual testing.

“You will never know what your child was exposed to because the levels vary from day to day,” Edwards said. “And that’s why we have to exclusively focus on proactively reducing the health risk in the future.”